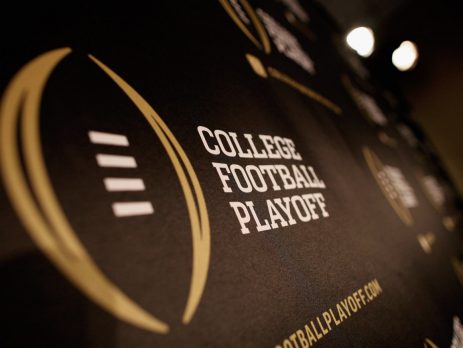 Right before 2017 hits the calendar we are set to have two amazing games in the 2016 College Football playoffs. Yes, the bowl season is fun, but it’s meaningless to some extent. The semifinals don’t have this problem.

The stakes can’t be higher than on New Years’ Eve. A ticket for the Championship game is on the line.

Alabama is the top dog. They are the current Champions and will look for their 5th title since 2009. The pay per head sites listed them as the favorites. Ohio State will try to reclaim the title after winning it for the last time in 2014.

Clemson lost in the Championship game last season. They have are looking for payback since the start of the year. And Washington hasn’t been in this position since 1991. But the Huskies have the best offense of all four participants.

These are the Early 2016 College Football Semifinals Odds and Predictions:

We all know this is Alabama’s world and we are just living in it. The Crimson Tide is the favorite to win it all once again. Not only are the only team unbeaten in the final four, but they destroyed what looked like a brutal schedule early in the season.

Alabama is not only 13-0 straight up this season, but also 9-4 against the spread, which is a fairly good ATS mark. The Tide did it on both sides of the ball. But it’s undeniable their defense is the one carrying the success of the offense. The pay per head sportsbooks know Bama’s defense is close to unbeatable, and they have adjusted betting lines all season because of it.

The Crimson Tide has the second-best total defense in College Football. They allowed only 11.8 points per game this season, which is the best mark in the nation. Alabama faced eight ranked opponents over those 13 wins; just one of them scored over 20 points on them.

Bama’s success is directly linked to head coach Urban Meyer to select talent. But this is perhaps the best front seven he has had during his long tenure in Tuscaloosa.

They recorded 45 sacks this season, third best and forced 14 interceptions; 11 of which ended in a touchdown. This is a nasty front seven that will try to clubber Washington’s potent offense.

The sports betting agents know the Huskies will be in for a long day. Washington averages 44.5 points per game; it is the 4th best figure in the country.  QB Jake Browning put staggering numbers this season. He threw for 3280 yards, 42 touchdowns, and just seven interceptions.

If Browning can’t find time in the pocket, this game will be over by the second quarter. If Washington gives their quarterback a clean pocket, we will be in for a great matchup. By the way, WR John Ross is the go-to-guy in this offense. The problem is Nick Saban is from the Bill Belichick’s coaching tree. What they do best is stopping the best player on the other team.

On a controversial call by the College Football playoffs committee, the Ohio State Buckeyes are set to return to the Final Four after missing out last season. The Buckeyes didn’t win the Big Ten title and lost to Penn State, who did win the title. Even so, Ohio State is in and not the Nittany Lions.

The Buckeyes will look to shut many critics up. The pph sportsbooks made them a field goal favorite, but that should be considered the Urban Meyer effect. There a three head coaches in College Football who move the lines and Meyer is one of them.

Ohio State finished the season 11-1 straight up and 6-6 against the spread. The Buckeyes wins over Michigan State, and Michigan set the tone for a great regular season finale. The problem is they didn’t show any dominance in those wins.

Like the first semifinal, this one is about offense vs. defense. Ohio State’s defense is the 4th best in College Football. They allow 14.2 points per game. Only Michigan and Alabama produced a better number.

This time their challenge is a little different than most weekends. They will have to stop QB Deshaun Watson, who destroyed everybody in the semifinals last season. Watson wasn’t great this season, but he knowns he has some unfinished business in the Final Four. Deshaun threw for 3914 yards and 37 touchdowns this season.

He also was intercepted 15 times. The biggest difference from last season is he didn’t scramble out in 2016 as much as he did in 2015. He wasn’t the double-threat he usually is. If Watson takes his game to both passing and running, Ohio State could be in for a long night.