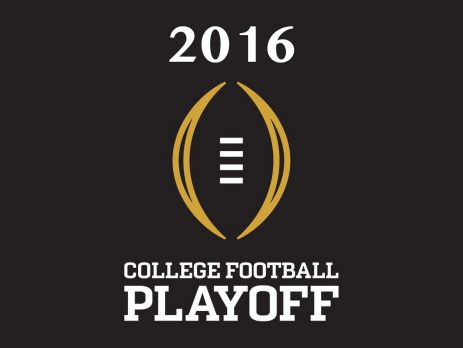 The online bookies set different betting lines for all the game. We have the best three for you to cash in while enjoying what should be a great football day.

Here are the 2016 College Football Odds and Picks for the Championship Weekend:

Both Colorado and Washington are huge surprises. Not many expected them in the Pac-12 Championship game, but here they are. The Huskies are currently in the College Playoffs Final Four, but a loss will drop them out for sure. The Buffaloes need more help, but they will attempt to make it happen until the end.

The price per head sportsbooks set Washington as 7.5-point favorites in the College Football betting odds. The Huskies haven’t been a great bet this season, despite their straight-up success. Washington enters this game with a 6-6 against the spread record. They are 3-2 when playing away from home.

Here’s we the sports betting agents are careful. Washington scores 44.8 points per game, the third-best number in College Football. They allow 17.8, which is 10th best in the nation. Their 26.9 point differential is one of the best in the country.

So where’s the fluke? The NCAAF point spread usually favors them by too many points. That’s not the case in this game. A little over a touchdown should be enough for Washington to cover this weekend.

The game will also be a great audition for Sophomore QB Jake Browning during the College Football Championship weekend. He has thrown 3162 yards, 40 touchdowns, and just seven interceptions this season.

Only two other quarterbacks have thrown more touchdown passes. If Browning beats Colorado while shining in the passing game, his NFL stock will go through the roof.

Colorado is 10-2 SU this season and 10-2 against the spread. Their defense is 13th best in the nation. They will give Washington problems. The issue is they haven’t done a particularly good job when facing talented passing offenses; which is just the case of the Huskies.

Don’t get me wrong. Colorado can score too. They average 34.8 points per game. That’s why the online bookie software kept the spread close. However, Washington should run away with the win in the end. They are just that talented.

The still unbeaten Alabama Crimson Tide appears as 24-point favorites to beat the Florida Gators in the SEC Championship game. Their dominance over the rest of the College Football world has been incredible to watch.
Bama enters to this meeting with a 12-0 straight up record and 8-4 against the spread.

They have full confidence, along with the sports bookies’; they will be one of the four teams in the College Football playoffs. And not only that, but they will be the favorites to win it all according to the pph sportsbooks.

Alabama has the best defense in the nation. It’s not even close. They are full of NFL talent both in the front seven and the secondary.

The Tide allows 11.4 points per game, which is a ridiculous number even for them. Many bookie tips said Auburn would give them a scare last week. Alabama crushed those tips 30-12 in the Iron Bowl.

Because their defense is so good, their offense can take risks. Alabama averages 39.4 points per game. Most plays come from a balanced offense run by QB Jalen Hurts.  He needs to take care of the football, but his ability to run a pass makes him a nightmare for defenses.

Florida is an OK team, but not good enough to pursuit an upset here. They are 8-3 SU and just 5-6 against the spread this season. Two of their three losses were against SEC teams.

The one chance the Gators have on their side is when the defense is on the field. They allow 14.6 points per game, which is 5th best in the nation. The problem will come when their offense faces Alabama’s dominant defense.

The College Football Championship betting trends see it very clearly. The Gators are 2-5 ATS in their last seven games as an underdog, and 1-3-1 ATS in their last five games after scoring less than 20 points in their previous game.

Like the PAC-12, the Big Ten Championship game has some unusual names making noise this weekend. No Ohio State, Michigan or Michigan State on Saturday. Instead, the Wisconsin Badgers and the Penn State Nittany Lions are set to go at it.

"I just don’t know if you can ever predict who’s going to play in a championship," Wisconsin center Michael Deiter said after Wisconsin’s 31-17 victory against Minnesota Golden Gophers last week. "I’m sure there’s plenty of people who maybe didn’t expect it. But they’re a good team, we’re a good team. We’re going to have fun."

The pay per head sites made Wisconsin 2.5-point favorites. The Badgers are 10-2 straight up and 9-2-1 against the spread.  They have won six straight games, averaging 28.5 points per game. However, it’s been their defense the one carried with their success. Their D allows 13.7 points per game, the third-best mark in the country.

Wisconsin’s defense will need a huge game to win the Big Ten Championship. Penn State has been outstanding on offense lately.

They will go to this game on the College Football Championship with an eight-game winning streak, which includes a notorious win over Ohio State. The Lions have scored 46.6 points per game in their last five wins. They are 10-2 SU this season and 8-3-1 ATS.