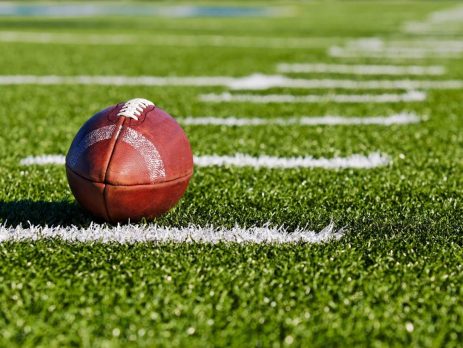 With the 2016 Bowl season underway, it is a good time to see a few College Football Predictions for the first week of competition. The Bowls are a tricky thing to bet on, but like most of the Football betting, it’s fun.The one thing going against the Bowl games is the teams are not fighting for anything in particular unless you are in the College Football playoffs.

But a good individual effort can help a player get in a good position for next year or at least get some buzz on his name in the NFL draft is on their mind.The Boca Raton Bowl features two high-scoring teams in a must bet game.

These are the Boca Raton, Poinsettia & Armed Forces Bowl Odds, and Predictions:

When the pay per head bookies make the game total of a bowl game up to 79 points, one can only assume we are in for a great game. Memphis finished the season winning three of their last four games. They took down Houston in a high-scoring affair with a 48-44 result in their last outing.

The Tigers can score points, but they also have a lot of problems stopping opponents. Memphis score 39.5 points per game, which is the 17th best mark in the nation. They allow 27.0 points per game; 55th best in College Football.
Western Kentucky’s numbers are even better. They are 10-3 straight up after winning their last seven games. The Hilltoppers has the second-best offense regarding points in the nation. They average 45.1 points per game, only second to Louisville in the entire College Football Nation landscape.

Neither team has been great against the spread this season. The problem is their offenses are so good; they usually put their defenses in a dangerous place. When teams can score fast, the defenses have no time to rest.

The price per head sportsbooks made BYU a 9-point favorite in the College Football betting spread.  The Cougars defense is outstanding and can’t be taken lightly. They allow 19.4 points per game; the 15th best in the country. Over their last four wins in the regular season, they allow 7.3 points per game as an average. BYU was also great against the spread this year. They ended the season with a 9-3 against the spread record, including an impressive 6-0 ATS record on the road.

The problem for the Cowboys is the defense is weak. They allow 34.9 points per game each weekend. They lost three of their last four games during the regular season because they couldn’t stop anybody.

Before setting the NCAAF spread, the bookie business knew their defense was a liability. It’s not a shock the Cowboys are 3-7 ATS in their last ten non-conference games, and 1-4 ATS in their last five games on grass.

The online bookies saw Navy battled against Army and they were impressed. The Midshipmen made the Black Knights sweat a lot.  Navy is a ranked team who doesn’t get much respect. They will have a chance to earn it as an underdog in the Armed Forces Bowl.

Louisiana Tech is a good program. They average 44.6 points per game this season. But their problems won’t be putting points on the board, but stopping Navy’s relentless offense to win and cover a 6-point spread.

Western Kentucky ran for 236 yards in their 58-44 win over Louisiana Tech during the last game of the regular season. The Bulldogs are 2-8 ATS in their last ten games after allowing more than 200 yards rushing in their previous game.