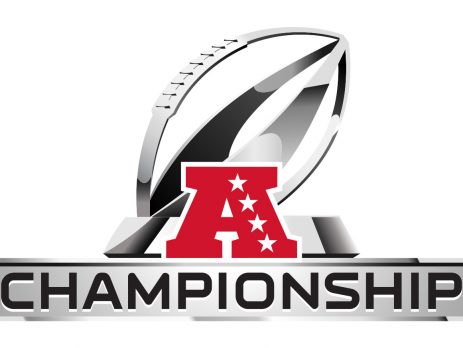 After the second month of the season, there are two teams that have looked better than the rest of the AFC. Two teams that would make an epic AFC Championship game battle if they would meet tomorrow for a shot at the Super Bowl.

Of course, there plenty of football still on the calendar and things could change quickly. After all, this is a league that changes on a weekly basis.

But for now, let’s take a look at the Updated NFL Betting Odds to win the 2016-2017 AFC Championship:

Teams were so sure New England will be in a complicated situation losing Tom Brady for the first four games of the season. Many thought the Patriots would have to climb back without their star player the first month. Well, right now they are in the best possible situation.

After going 3-1 in the first four weeks, the Patriots are leading the AFC East division without many problems.  The rest of the division, instead, is falling apart. The Buffalo Bills have issues on offense.

The NY Jets can’t guard anybody, and their quarterback turns the ball over too much. And the Miami Dolphins are an embarrassment.

Take a few bookie tips. Always make New England a huge favorite no matter what their situation is. They are just an organization that doesn’t panic. The Patriots have answers for most the issues this league presents.

Their defense side has carried over with this team for the first month of the season. Now they will step aside and give Tom Brady the spotlight. Don’t get me wrong, the defense will do their job. But now New England will be run through the offense.

Brady will have two monsters tight ends at his disposal.  Good luck stopping him. We know Rob Gronkowski is unguardable. With the other tight end Martellus Bennett on his side, the Patriots could have plenty of formations to hurt defenses.

They are the most complete football team in the NFL, not only the AFC. Unless there is an injury on their primary players, I can’t see anybody that would slim down their chances to get to the Super Bowl.

The Pittsburgh Steelers don’t want to hear about the Patriots being NFL Betting favorites.  They believe they are the most unstoppable force in the AFC and they might have a point.

The Steelers have the most dynamic offense in the NFL. Their offensive unit is the most exciting in the league and is not even close.

QB Ben Roethlisberger doesn’t play small ball.  They actually go for the bomb pass, looking to get seven points right from the start. The sports betting agents know when setting the point spread, the Steelers need a new set of rules.

They can’t be measure like the rest of the teams in the league.  Their offense is different. The way the play the game is different.

It helps Roethlisberger has a player like WR Antonio Brown on his side.  Brown is arguably the best wide receiver in the NFL. He can play the slot or outside the numbers. On any situation, he dominates defenses easily.
The concern about the Steelers comes on the defensive side of the football.

They couldn’t do anything to stop the Philadelphia Eagles in week 3. It was hard for the defense to step out of the field and it ended with their only loss so far this season.

Once the defense figures out their holes, the price per head sportsbook will set up Pittsburgh as the top favorite in the AFC.

The problem with the team is they have had this issue since defensive coordinator Dick LeBeau left town to go to the Tennessee Titans two seasons ago. Since then, their defense has been a major problem. A problem they haven’t been able to fix.

They are a defense-oriented team with issues at the quarterback position. While that was good enough last season, it’s hard to win two years in a row with that formula.

The Broncos pass rush is the top of the line in the NFL. The tandem of DeMarcus Ware and Von Miller is almost unstoppable. Ware is currently out due to injury, and he will give a huge boost to the team on his return. But they can’t expect to lean every time on a sack fumble or an interception to win a game.

The offensive side of the Denver Broncos is the real issue here. Remember, the defense can only do so much. Particularly in the second year of this run, where teams will game-plan against them, having a better idea on how to beat them.

Last season Peyton Manning and Brock Osweiler were abysmal at times. Insignificant to the team’s success. In 2016, that won’t cut it. QB Trevor Siemian needs to step up and make some plays.

He has the players around him to do it. How many teams wouldn’t desire to have Demaryius Thomas and Emmanuel Sanders catching balls? Well, Denver has them, and they are wasting their talent.

Before taking action bets on the Denver Broncos know their struggle is real.  They can’t protect the quarterback. They can’t run the football effectively. And their quarterback has very little or almost no experience in this league. I don’t see how the Broncos can repeat.

I actually don’t see how the Denver Broncos can win the AFC West division. The main reason for it is the Oakland Raiders. A team with a fresh look, a talented offense, and an uncanny-risky head coach.

Derek Carr will be the face of the league for the next few years.  He has the accuracy, the reads, and the arm to dominate the NFL in a few seasons.  The Raiders are not ready to win the AFC Championship just yet.

However, don’t sleep on them. If you are doing some bookie gambling and want a long shot bet, take them now.