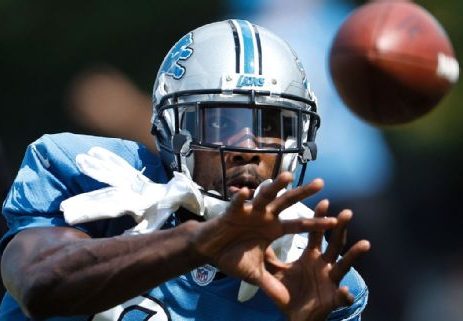 Boldin, 36, is expected to compete for the Bills’ No. 2 receiver role opposite Sammy Watkins. Through 10 practices of training camp, that role has been filled by veteran Andre Holmes, who signed a three-year, $5.15 million contract in March. Rookie second-round pick Zay Jones has also seen considerable practice time with the first-team offense.

Boldin has experience with Bills quarterback Tyrod Taylor, having played for the Baltimore Ravens in 2011 and 2012 when Taylor was a backup.

Boldin’s 82 career receiving touchdowns are tied for 23rd with Brandon Marshall and Reggie Wayne, and he’s tied with Marshall for third among active players behind Antonio Gates (111) and Fitzgerald (104).

Boldin struggled to get separation from defenders last season, but he continued to be reliable, catching 67 passes for 584 yards and a team-high eight touchdowns for the Lions.

Playing for Arizona, Baltimore, San Francisco and Detroit, he has had seven 1,000-yard seasons — most recently in 2014, when he had 1,062 yards for the 49ers — and is a three-time Pro Bowl selection.

Boldin is also well-known for his work off the field. He was named the NFL’s Walter Payton Man of the Year after the 2015 season and was one of five NFL players to meet with lawmakers in Washington in November to discuss race relations and police brutality in the United States.

This report was part of ESPN’s Michael Rothstein contribution. You can find more information from online bookie software here.