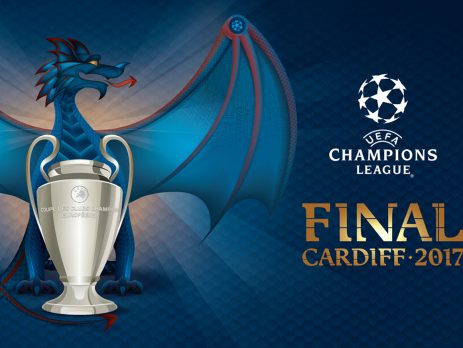 After the group stage, 16 teams were eliminated and just 16 remain with hope to make a run to the Champions League title. The reality says only a handful of teams will have a real shot at the European Cup. The rest will try to fight, but their possibilities are slim at best.

The round of 16 is set to start on February 21. The quarterfinals will hit the calendar on March 17 while the semifinals wait on April 21. The 2017 UEFA Champions League final will be on June 3 at the Millennium Stadium in Cardiff, Wales.

These are the teams with the best chances to reach the European club final and win it.

Seeing Real Madrid lifting the Champions League trophy last season made FC Barcelona mad. They need to bounce back and bring the UCL title to Cataluña as part a response.

During their group stage run they scored 20 goals and only allow four. They were the second most scoring team in the tournament, only behind Borussia Dortmund. But no team had a better goal ratio than Barcelona with a 20-4 in six games.

It’s definitely not a surprise when you take a good look at their roster. The offense form by Lio Messi, Luis Suarez, and Neymar is the best in the world. I dare anybody to find a better one.

The pay per head bookies will have to adjust to this all season long. Barca is expected to be favorite from now and until they get eliminated if they ever do.

This season, FC Barcelona has lost three games overall. But their style remains the same and successful teams usually don’t change how they find success. What team could make them sweat? Probably Real Madrid because of the history they have together.

Bayern Munich has three consecutive seasons without reaching the Champions League final. What should have been a successful run under Pep Guardiola, ended with three straight disappointing losses in the semifinal.
This season Bayern Munich has been up and down.

The reality is they have underperformed both in the Bundesliga and the Champions League. They should be able to win almost every game by double-digits. They have been far away from it.

Here’s where it get interesting for the Germans and where the price per head services‎ should be careful. Their coach Carlo Ancelotti is a masterful mind when it comes to elimination series. He won the Champions League title with AC Milan in 2003 and 2007 and got the final in 2005.

He was the coach who jumped the hurdle with Real Madrid to win the 10th UCL title in 2014. He knows how to prepare his teams to play this type of games.

Playing Arsenal in the round of 16 should help them. The Gunners are the kind of teams that is not considered a challenge for the contenders. Beyond the English, Bayern Munich needs to avoid counterattacking teams with lots of speed.

Let’s give coach Zinedine Zidane a lot of credit. He fixed Real Madrid last season and won the 11th Champions League title. But he has also made several tough decisions putting his team on the winning side for most of this campaign.

Real Madrid is unbeaten both the Spanish La Liga and the Champions League. Sure, they have shown their best game yet, but that’s good news for everybody. The Merengues need to get healthy. Gareth Bale should be back soon to help the offense.

Cristiano Ronaldo needs to get out of the way of the injuries as well. The success of Real Madrid comes toe-to-toe with Ronaldo’s form. The pay per head sportsbooks will follow the Portuguese closely to set any of the Champions League odds going forward.

Madrid should be careful with their Round of 16 matchup against Napoli. Of course, they are big time favorites, but the Italians are aggressive and have nothing to lose. The game at San Paolo stadium will determine how committed is Real Madrid to get another European title.

Atletico Madrid has reached the Champions League final twice in the last three seasons. They don’t get the respect of the other clubs, but the way they play they should.

The Colchoneros are talented, but that’s not their best asset. The effort they put together on the field makes them hard to beat. All the credit goes to coach Diego Simeone. He always has his team ready to play. In fact, the most complicated the matchup, the better they perform.

The sports betting agents were already upset by Atletico Madrid this season. The Spanish team won group D over Bayern Munich. The online bookie software wasn’t expected this to happen.

Atletico will go head to head with Bayer Leverkusen. These games against teams with a lower profile are the ones who complicated the Colchoneros. These two teams met last season in the knockout stage.

Both delivered the first and only series in Champions League history that ended in a 0-0 draw after 210 minutes of play. Atletico Madrid won in the penalty kicks, but they can allow the matchup to get that close to elimination again.

The first English team to appear on this list is Manchester City. The reason they hired Pep Guardiola is to win the European title. Last season City got to the semifinals, but they didn’t show the will to fight for a spot in the final.

With Guardiola as a coach, the team needs to show not only winning results but a style of play similar to Barcelona and Bayern Munich. The Guardiola way takes time, and this season they might not be ready to seek the European Cup.

Pep can only do so much. He doesn’t have a type-A playmaker who can take this team to another level. As a whole, they are just not ready.

They should win their elimination contest against Monaco without any problems in the round of 16. But after that, asking the bookie websites to trust City will be hard. Betting Manchester City will be a waste of money of you ask me.