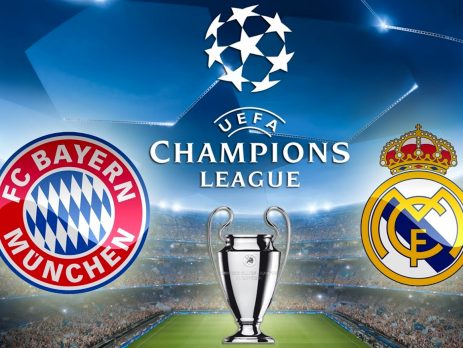 The Champions League first-leg quarterfinals predictions on Wednesday gave us a 1-1 result in our picks. I don’t want to make excuses, but Bayern Munich played in an unwinnable situation. Despite starting with the lead over Real Madrid, things quickly changed when Javi Martinez saw a dumb red card go his way. It turned the game and the series. Things will get a little more even in the second leg.

One goal and plenty of defensive stops happened in the first meeting between Atletico Madrid and Leicester City; just like we expected. Perhaps more goals will go our way this Tuesday.

Here are the UCL Picks for the second leg games on Tuesday:

Last week Bayern Munich played what is safe to say, a very unlike Bayern first leg. Their determination was not there and their chances to advance to the semifinals are in bad shape. The pph sportsbook had the favorites to win the first leg and to advance. However, after the 2-1 home loss, the scenario has changed completely.

The Germans will need to score at least two goals in Spain to have a shot. A 1-0 win at the Santiago Bernabeu Stadium won’t cut it. The only result which could send this series to extra time is a Bayern victory by a 2-1 result.

Here’s where one can count out the Germans and why the sports bookie software will be alert to make Real Madrid too big of a favorite. Bayern Munich is built to score goals. They are an offensive power machine that sees no difference between playing at home or on the road. They just attack with full power and usually get the best out it. They will do the same on Tuesday.

Real Madrid shocked the UCL picks by beating Bayern Munich at the Allianz Arena. The pph services were not expecting this score, but it was a result of a German team which played most of the second half with ten men.

Madrid took advantage of the extra man and won the deal. The problem is they let the series open. The situation was completely in their favor, and they should have ended it right there. A 2-1 win on the road is a great result, but knowing they are plenty of chances to score a couple more, should bother the Merengues.

Real Madrid is coming off a 2-3 win on the road against Sporting Gijon. The victory put them closer to the Spanish La Liga title. The difference between them and Bayer Munich in this instant is Madrid will have to fight for the domestic title until the end. Munich has a bigger lead in the Bundesliga and could rest some players.

In fact, Bayern rested several starters in the weekend 0-0 draw against Bayer Leverkusen. The Bavarians had many goal opportunities but failed miserably. A better aim is needed when they visit the Santiago Bernabeu Stadium.

Bayern Munich has lost the last five straight visits to the Santiago Bernabeu Stadium. The last time they beat the Merengues in Madrid was back in 2001 during the semifinals. Not only does Bayern need a win, but they need to score at least two goals.

The handicap doesn’t present any value as the pph software listed it as a pick’em. I’m tempting to grab Bayern Munich +175 at the money line. I get Real Madrid looked superior in the second half, but Javi Martinez’s red card changed the game then. This time the Bavarians urge a win on the road.

I have this game 2-1 for the Germans while the winner of the series will be decided in the penalty kicks.

It’s no surprise the only goal scored in the first leg between Atletico Madrid and Leicester City came from a penalty shot. Whether it was a legit penalty or not is another discussion. The truth is these are two of the most defensive teams in the tournament. They will look to defend their goal first and attack as a second option.

The best pay per head bookie service made Atletico Madrid the favorite in the Champions League odds, but it didn’t look all that bright in the first game. The Spanish didn’t look that superior. In fact, they looked confused at times. If we are honest, Atletico is not used to face a team with a defensive perspective as strong as theirs.

The second game presents a challenge for Leicester City. They need to overcome a 1-0 deficit. It’s one of the worst results you can have as a team in my opinion. First, you can’t allow an away goal of things will get crazy hard. And second, you can’t attack without measurement because you are trying to avoid the mentioned away goal.

The bookmaker software listed Atletico Madrid as the favorite with a +110 in the money line. The Spanish love this situation. They are looking to defend well while playing counterattack football to end the series. There isn’t a team better suited for this job than Atletico. Diego Simeone’s men don’t give away an inch on defense. Plus, they have very talented players up front to do damage.

Atletico Madrid beat Osasuna 3-0 during the weekend. They now have ten games in a row without losing, earning seven wins and three draws during that span. The last team to beat Atletico was FC Barcelona (1-2) back in February.

Leicester City hasn’t won in their last three outings in all competition. They lost to Everton (4-2) last weekend followed by the 1-0 defeat to Atletico in the Champions League. This weekend, they drew on the road against Crystal Palace (2-2).

The best pay per head sportsbooks are expecting a win on the road by Atletico Madrid. After all, they have reached the Champions League final over the last two seasons. They know how to play these types of series. Leicester City is new in the UCL. A major effort might not be enough to overcome the first-leg loss.