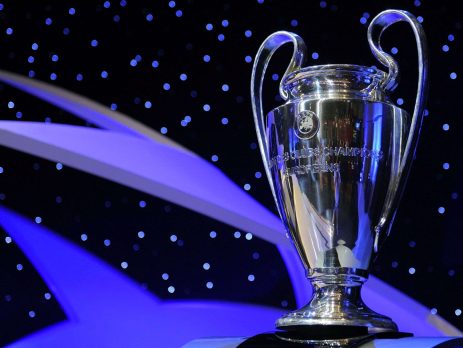 The Champions League is back this week with four quarterfinals games. After the draw a couple of weeks ago, the first legs were set up with AS Monaco facing Borussia Dortmund and Juventus hosting FC Barcelona on Tuesday. The other two games are scheduled for Wednesday, and we will get the chance to talk about them. But for now, let’s focus on Tuesday matchups.

At this point in the season, the teams know their identity. It’s hard to change it. Injuries play a factor and so does fatigue. But perhaps the most important factor is to get a solid result in the first leg of this series. If you are the home team, you need a win, and it’s better if you don’t allow any goals. If you are the road team, you need to score away from home. It doesn’t matter if you end up losing. Scoring on the road is the primary goal when playing away; one can fix the deficit in the second leg.

AS Monaco at Borussia Dortmund

Monaco facing Borussia Dortmund might not be the highlight matchup of the Champions League quarterfinal round, but it promises to be exciting. The sports bookie software set the Germans as the favorites to advance at 1/2. But the French already upset Manchester City in the previous round. Both teams are capable of getting into the last four.

Let’s start with Borussia Dortmund. The Germans are the most prolific offense in the current Champions League tournament. They have scored 25 goals in eight games, averaging 3.1 goals per game during their current run.

In the Round of 16, they overcame a 1-0 deficit in the first leg to destroy Benfica 4-0 in Germany in the second leg. They proved the pph software right when they made them favorites in the series.

Dortmund reached the Champions League final back in 2013, but the team was dismantled by the wealthy clubs who bought most of the talent. From that run only playmaker Marco Reus has survived. Several injuries have hit Reus during the last few years. However, when he’s fit, he usually is the best player on the field. Reus is not expected to play on Tuesday.

Without Reus in the lineup, Borussia Dortmund will rely on striker Pierre-Emerick Aubameyang, who is their best striker. Aubameyang has scored seven goals in the Champions League this season. He’s coming off a hat-trick against Benfica in the previous round.

AS Monaco will be a tough challenge for Dortmund. The Germans are not used to playing a team who can punch back with attacking football. Monaco is the type of squad who will go upfront no matter what the scenario is. They scored three goals in Manchester when visiting City in the Round of 16. Of course, they allowed five in the same game, but they didn’t care as they were determinate to score away from home.

Monaco has played four games on the road during the UCL this season. They won once against Tottenham (1-2), drew against CSKA Moscow (1-1) and lost the next two against Bayer Leverkusen (3-0) and Manchester City (5-3).

Borussia Dortmund is undefeated at home, with three wins and one draw. The only draw was against Real Madrid (2-2) in the first fixture of the group stage. Then they beat Sporting (1-0), Legia (8-4) and Benfica (4-0) to get to this point.

Of the four games in quarterfinals, Dortmund vs. AS Monaco has the highest game total at 3.5 goals. The pay per head bookie service will get a ton of action with players going the OVER, despite the number is higher than normal.

My play in this game is to grab Borussia Dortmund either to win. The Germans are -0.5 favorites in the handicap, which means it doesn’t matter whether you take them on the money line or the handicap/spread.

Back in 2015, FC Barcelona met with Juventus in Berlin, with the European title in the balance. The Catalans won 3-1, but it was a tough battle for both squads. This time they meet with a pass to the semifinals.

Just like in the final, Barcelona is the favorite to advance listed at 8/15 by the online bookie software. The first meeting on Tuesday is crucial. Juventus is one of the strongest sides on the planet playing at home. If they want to have a real chance at advancing, they need a home win.

Juventus is 2-0-2 this season playing at home in the Champions League. They started the season with home draws against Sevilla (0-0) and Lyon (1-1). They quickly turned around by beating Dynamo Zagreb (2-0) and FC Porto (1-0). Juve’s most obvious strength is their defense. In four games they have allowed just one goal.

During their Serie A run they have won all 15 games played at the Juventus Stadium, scoring 38 goals and allowing just eight. That’s an insane number by any club in the world.

Of course, facing Barcelona is not the common challenge. It takes a different preparation, a lot of intensity and a particular attention to detail. The game Barca brings to the table usually ends up driving crazy even the best clubs in Europe. It will be something Juventus is not used to deal with.

Barcelona’s qualification to the quarterfinals was as dramatic as it gets. After losing to Paris Saint-Germain 4-0 in the first leg of the round of 16, they pulled the unthinkable, beating PSG 6-1 in the second leg. There were lots issues with some referee calls in the game, but in the end, the Spaniard advanced.

If they have a start similar to the one they had against PSG, Juventus won’t allow a comeback. The Italians are too stable to give up such a comeback. Barcelona needs to play their best to advance against the Serie A Champions.

This will be only the third meeting in the Champions League for these two squads. As mentioned Barcelona won the UCL final in 2015, but in 2003 they were eliminated by Juventus in a two-leg series.

The price per head sportsbook software listed this game as a pick’em in the handicap. This one is as close as it gets in the quarterfinals. There isn’t winner that jumps out in this one.