UEFA Champions League Picks- Underdogs Are the play On Tuesday 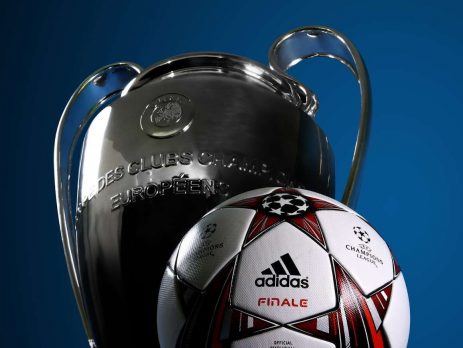 UEFA Champions League Picks- Underdogs Are the play On Tuesday

After a week where the Round of 16 didn’t give us many close games, things should change with the matchups set for this week. On Tuesday, there are two intriguing games that could go either way. Home field advantage should play a big factor.

Atletico Madrid and Bayer Leverkusen meet once again. The last time they step on a field it wasn’t a memorable series by any mean. But both teams stayed to their defensive roots. We might see something similar this season.
Manchester City needs to wake up at some point this season.

They either show us their best side against AS Monaco or they could be in for an early exit. This is perhaps one of the best series in the entire Round of 16 stage.

These are the UEFA Champions League Picks for this Tuesday.

Over the last three seasons, Atletico Madrid Madrid has become a regular in the final stages of the UEFA Champions League. Their key has been an unreal defensive scheme and the ability to take advantage of the few chances they get on goal. With that said, Atletico could be in for a headache in their Round of 16 meeting against the Germans Bayer Leverkusen.

Just two seasons ago The Colchoneros and Leverkusen met in a thigh matchup. The series ended in a 1-1 draw and needed penalty kicks to find a winner. Both teams defended their home field and never took any risk during 120 minutes of play.

For this time, the online bookies made Atletico Madrid the favorites in the pay per head sportsbooks to advance to the quarterfinals. The Spanish are ¼ to qualify after two games played. The Germans are 11/4.

It’s not a surprise when you consider how both teams got to this point. Let’s start with the Atletico Madrid, who won Group D with five wins and one loss in six games. They scored seven goals and allowed just two. But the most important feature was they ended first in a group that had Bayern Munich as the ultimate favorite.

Once again, Atletico beat all the soccer betting odds and ended up taking down every sports betting agent in the business.

Atletico Madrid will get to this game with eight games unbeaten in all competitions. The problem is their form is a little sketchy. They won four of those games and drew another four. In fact, they are coming off a 4-1 away win over Sporting Gijon during the weekend. The win cut a four games streak ending in draws.

Bayern Leverkusen, on the other hand, finished in the second place of group E, after two wins and four draws. They are one of the six teams who ended the group stage undefeated. Over their six-game run, they scored eight goals and allowed four. With 10-points earned they failed to win the zone, ending behind Monaco, who recorded 11.

Leverkusen has won three of their last five games in all tournaments. They beat Eintracht Frankfurt (3-0) and FC Augsburg (1-0) in their last two outings. But, Atletico Madrid is a different type of opponent, and the pph sportsbooks know it.

I don’t expect anything but a defensive battle on both games to be played in this series. Neither team will give away an inch. It sounds clinché but whoever makes the fewer mistakes will end up in the quarterfinals. There isn’t a huge difference between these two teams after all.

The best bet available is to get the home team in the handicap. A 0.5 on Leverkusen could be collected on a draw or a home win.

AS Monaco at Manchester City

There is a lot of pressure building up in Manchester City. What City expected was going to happen once they got coach Pep Guardiola is not going on. In fact, many could say they have regressed. But they have a favorable matchup facing an AS Monaco team who is the underdog in the series.

The per head sportsbook made Manchester City 4/11 to advance to the quarterfinals despite the fact that they will have to close the deal in France. AS Monaco is 2/1, which is not a bad number considering the momentum of both teams.

City finished second in group C after winning only two of six games while drawing three and losing one. The nine points collected wasn’t even close to the 15 the first-place FC Barcelona finished with at the end of the group stage.

A lucky draw set Manchester City with a beatable opponent. But they need to do so much better than they have done lately. The Citizens are coming off a scoreless draw against Huddersfield in the FA Cup during the weekend.

The draw reminded us this team can play down to their opponent level if they want to. It’s hard to tell why they have struggled so bad under Pep Guardiola, but they don’t have the grip of what the Spaniard want every time they step on the field.

AS Monaco is beatable, but seeing them as a poor man’s Paris Saint-Germain would be a foolish mistake. This team won group E with 11 points after three wins, two draws and one loss. They took down Bayer Leverkusen, Tottenham and CSKA Moscow in the process.

Monaco has found recent success against the pay per head bookies when facing English Premier League teams. Last season they eliminated Arsenal despite they were listed as big underdogs in the elimination stage. This season, they beat the Spurs twice with a 2-1 result.

For the French, Manchester City won’t be an intimidating team just because they play in the EPL.  It’s going to take so much more from City to take an advantage to the second leg of this series. Keep in mind, Monaco hasn’t lost since December in any competition.

They enter this meeting with ten wins and two draws in the last 12 games.

Taking Manchester City to win this in the money line doesn’t have as much value as one might think. City has suffered all season to find a consistent system under Guardiola.

I’m more intrigued by the +1-handicap number in favor of Monaco. We can cash out with a French win or a draw. If City wins by one goal, the bet ends in a push. That’s the play.