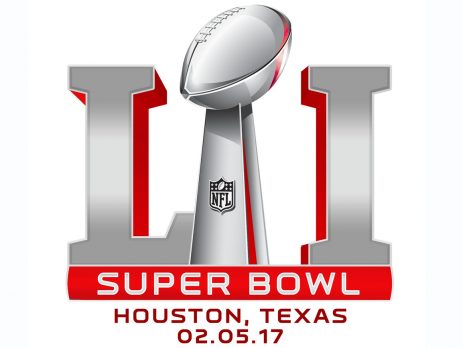 The fun part of the two weeks leading to the Super Bowl is to get a look at the prop bets for the game. There is so much time evaluate the spread and the total, and what could go good or wrong for each team, the first thing to see is what crazy odds the online bookies have us for Super Bowl LI.

Remember Atlanta is the fast pace offense averaging 33.8 points per game in the regular season and 40.0 in the playoffs. They are loaded with talent on the offense side of the ball. But New England is the experienced team. They are the team that’s always prepared for any formation. They are the favorites actually. The Patriots opened as 3-points favorites according to the online bookie software. It’s not a shock to anybody.

These are the Super Bowl LI Props Bets to Look For:

This is technically not a prop bet, but let’s start with the winner. If you were riding the Falcons from the start of the of the season (I bet you are not), you are probably in for a huge bankroll if they win the game.  More people bet on the Cleveland Browns to win Super Bowl LI than they did on the Falcons. I get that it was probably a joke, but even so. Atlanta never looked like a sexy team to put money on them.

It will be either Tom Brady or Matt Ryan the ones winning the Super Bowl MVP. Brady has won it three times and a fourth time won’t be out of reach of he plays like he did in Super Bowl 49 against the Seattle Seahawks. Brady completed 10 of 12 passes in the last two drives in Arizona. He threw four touchdowns and took down one of the best defense in the game.

The Ryan bet is a little tricky. He has been playing at such a high level is impossible not to be excited about the Falcons fans. But WR Julio is also a beast and could take some votes from Ryan. Jones had 180 yards and two touchdowns in the win over the Green Bay Packers in the NFC Title game; including a 73-yards touchdown. If Jones has similar numbers, the MVP could fall on his lap.

Odds on the Super Bowl going to overtime: 75/1

Super Bowl XXXVI was a 1:21 away from being the first Super Bowl ever to reach overtime. Then Tom Brady took the Patriots down the field, and Adam Vinatieri sealed the deal to beat the St. Louis Rams. Many sports betting agents got rich that day. Not one Super Bowl in NFL history has gone to overtime. But the juice looks pretty good to me at 75/1.

This prop bet can be cash out only in Super Bowl LII. But of the two, the Patriots are the one who will be in the conversation. Would anybody be shocked if they reach the big game for the eighth time in the Belichick-Brady era? The Pay per head sites won’t be, for sure.

Not to bring painful memories to the Patriots’ fan, but kicker Stephen Gostkowski missed a crucial extra point in the AFC Championship game against the Denver Broncos last season. It ended up costing them the game. He missed one again against the Steelers as well. But not many cared because the Pats won easily. Having said that, Gostkowski is far from being the trustable kicker he once was.

Over and Under total sacks: 3.5

Neither of these two teams has a good pass-rushing unit. New England has serious problems getting to the quarterback and Atlanta has only one guy who can make an impact. LB Vic Beasley Jr. led the NFL with 15.5 sacks this season. The problem is the Patriots will be expecting him.

Odds on which team will force more turnovers:

Between Matt Ryan and Tom Brady, the Falcons and the Patriots combined for nine interceptions thrown. These two quarterbacks and in general these offenses don’t make many mistakes.

Odds there is a completed Hail Mary: 66/1

I mean, Packers QB Aaron Rodgers is not in the Super Bowl.

Odds to score the most TDs:

This means either of them will score more than one touchdown. Julio Jones is the obvious bet against the per head sportsbooks because he’s unguardable. Jones is a mismatch no matter where the offense puts him. He’s just too big and strong to be contained.

Probably neither will throw one. 3/1 on a tie looks good.

Odds to rush for the most yards

LeGarrette Blount: 9/4
Devonta Freeman: 5/2
Tevin Coleman: 3/1
Dion Lewis: 6/1
Field: 28/1
The problem on betting on LeGarrette Blount is the Patriots are not married to just one back. If you want to be a bookie you need to know the teams. Blount might get his share of carries but so will Dion Lewis and James White.

Odds to have the most receiving yards:

Odds to score the first TD: