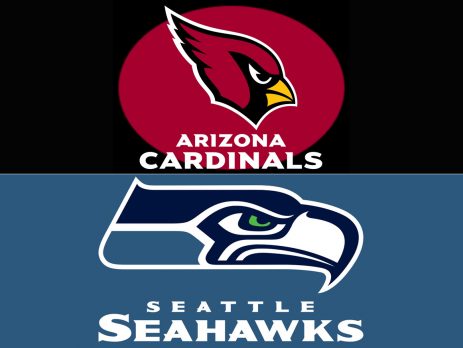 Arguably the best game of the NFL week 7 will be played on Sunday Night Football. The Seattle Seahawks and the Arizona Cardinals are two Super Bowl contenders in the NFC. Both will have a chance to send a clear message to the rest of the NFL about who dominates the NFC West division.

Take a look at the Seattle Seahawks at Arizona Cardinals NFL Week 7 Odds and Predictions:

The Seahawks lost the NFC West title last season, and they are looking for payback.  Because they didn’t win the divisional title, their season ended on the road during the postseason.  Seattle is eager to avoid the same mistake this year.
Their first task on the list is to take care of a team like the Arizona Cardinals.  The current division Champs are the number one threat for Seattle to come back on top.

The pay per head services know this game can dictate the future of the NFC West and why is not OK to take this game lightly.

The pph sportsbooks set the Cardinals as a 2-point favorite in the NFL betting spread. The betting line has moved half a point on different books, but the consensus has the home team favored by two.

Seattle’s number one task is to take the Cardinals RB David Johnson out of the game. The best teams in the NFL usually eliminate the number option of the opponent’s offense and live with the consequences.

Johnson has been the best running back in the NFL this season. He has run for over 268 rushing yards and five touchdowns in the last two games.

On Monday Night football he destroyed the NY Jets with 111 yards on 22 carries while finding the end zone three times.

The Seahawks are not known for having a great rushing defense. But this season they have excelled at this task.  Seattle allows just 74.6 rushing yards per game and has allowed just three rushing touchdowns.

They know they have an up field battle against Johnson’s ability, but the numbers show they can handle it.

The Cardinals started the season with an unexpected 1-3 record. It was disappointing on every level.  They have bounced back with two wins and currently sit with a 3-3 record in the third place of the division. However, they have already lost twice at home and can’t afford another slip.

Arizona knows David Johnson is the key to their success this season. Nevertheless, they also know teams will be expecting his greatness.

If Seattle has a succeed trying to stop him, then it would be Carson Palmer’s time to shine.
Palmer hasn’t been as impressive as he was last season, but he can still sling it. Any pay per head bookie knows Palmer is particularly effective when playing at home.

To make it more interesting, the Seahawks are struggling against the pass in 2016.  The Legion of Boom allowed Matt Ryan and the Atlanta Falcons 310 passing yards last week along three scores.

When defending QB Russell Wilson, the Cardinals defense might have the upper hand.  Arizona has recorded 19 sacks this season, the third-best mark in the NFL.

Only Denver and Buffalo have more in six weeks. Wilson is a scrambling quarterback who makes plenty of his magic on the run.  Wilson has been struggling with an ankle injury since week one. He’s a good quarterback in the pocket, but if he can’t scramble things could turn out to be a complicated scenario for the Seahawks offense.

Keep in mind Seattle only averages 88.8 rushing yards per game.  Since the retirement of RB Marshawn Lynch, the running department doesn’t have a star player.

How to bet the Game Total in the Seahawks vs Cardinals NFL Week 7 Matchup:

As mentioned this is a NFC West rivalry matchup.  Both teams know each other well which means spaces will be hard to find in this one. The game total number was set to 43 points, which is the norm between these two teams; never too high and never too low.

Seattle averages 21.0 points per game this season, and the most they have scored was 37 against the San Francisco 49ers. Arizona averages 25.5 points per game, and they made the Tampa Bay Buccaneers eat 40 points in week 2.

The Seahawks are a particularly good bet at home to play the OVER, but they do just fine away from home as well.

The total has gone OVER in four of Seattle’s last six games. On the road, the OVER has paid off in six of the last eight games when the online bookies set them as a road underdog of 0.5-3.0 points.

The OVER has also made an appearance in 4 of their last five games in October, and in 4 of the Seahawks last five games as an underdog of 0.5-3.0 points. This season, in particular, Seattle has collected three meetings that went OVER the game total of the five games played.

The Cardinals, on the other hand, hasn’t lived to the expectation about scoring points. The total has gone UNDER in seven of Arizona’s last eight games at home. When playing against an NFC teams, the UNDER is 8-3 in the last 11 games.

The UNDER also is 5-0 in Cardinals last five home games vs. a team with a winning road record.

Seattle usually pays with the OVER, Arizona does it with the UNDER. That’s why I looked for some bookie tips to set things straight.

When looking at the NFL betting trends in matchups between these two rivals, I realize the total has gone OVER in 10 of Arizona’s last 12 games when playing at home against Seattle. Meaning, we might get to see a high scoring game in the desert.

NFL Betting Week 7 Picks: Cardinals -2 and the OVER.