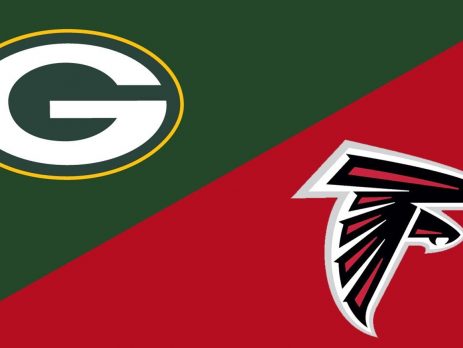 The Green Bay Packers and the Atlanta Falcons are set to have one of the most incredible NFC Championship games in history. History says defenses win Championships. Well, you won’t find a good defense in this game.

The Packers are coming off a tremendous win over the Dallas Cowboys. It was a game for the ages. Green Bay has won the last eight games. Their impressive run needs one more step to get to the Super Bowl.

The Falcons handled the Seattle Seahawks 36-20 without many problems. Atlanta showed they mean business this season. Matt Ryan is tired of hearing he’s not good enough.

The Road to Super Bowl LI goes through the Georgia Dome. These are the Green Bay Packers at Atlanta Falcons NFL Odds & Picks:

To say the Green Bay Packers are hot, it’s an understatement. They are on fire, mostly in the offense and mostly because Aaron Rodgers is awesome. Rodgers has led the Pack to eight straight wins. He has thrown 21 touchdowns in those eight games and has thrown just one interception.

The pph sportsbooks have taken a beating by Rodgers and company. Last week the Cowboys were 4-point favorites. Green Bay was always in control during the entire game. Rodgers completed 28 of 43 passes for 355 yards and two touchdowns. Perhaps his most impressive play was when he didn’t fumble the ball with less than 30 second left. He took a beating by stud there like a Warrior.

The Packers have the kind of offense than can challenge the Falcons in Atlanta. Rodgers played one of his most memorable games against the Falcons in the 2010 playoffs. He completed 31 of 36 passes for 366 yards and three touchdowns back. He went on and won the Super Bowl over the Pittsburgh Steelers.

At this point, it’s hard to beat the Packers and bet against them. It’s to realize how good their quarterback is. And how he has a mismatch against any defense in the game. To be far Atlanta’s defense is weak. Aaron Rodgers has a good chance to get to his second Super Bowl.

Not may trust the Atlanta Falcons because they are the only team who hasn’t won the Super Bowl of the four remaining. QB Matt Ryan has never been to the Super Bowl, and the only time he played in an NFC title game he lost to the San Francisco 49ers.

Is it fair? Maybe not, but it’s the reality of Ryan and the Falcons. Another reality is they own the best offense in the NFL. They averaged 33.8 points per game during the regular season. It was the best number in the entire league.
Last week they banged the pay per head sites by destroyed the Legion of Boom and the rest of the Seattle Seahawks. They scored 36 points and could have been more. Matt Ryan completed 26 of 37 passes for 338 yards and three scores.

The Falcons offense is more balanced than the Packers. While Matt Ryan has Julio Jones and Mohamed Sanu if he wants to throw the ball; RB Devonta Freeman and Tevin Coleman as just as dangerous coming off the backfield. Green Bay struggles running the ball. Also, WR Jordy Nelson and DeVante Adams are trying to be ready for Sunday. Both are struggling with different injuries.

The Packers are 1-6 ATS in their last seven games after allowing more than 30 points in their previous game.

How to bet the Game Total in the Green Bay Packers at Atlanta Falcons at NFL divisional playoffs Matchup:

The pay per head bookies set the game total to an incredible 60.5 points. For many teams, that number is outrageous, but not for the Packers and the Falcons. This game promise to have fireworks from start to finish. Perhaps the winner will be the one team with the ball in the last drive. Similar to what Green Bay and Dallas showed.

Also, the total has gone OVER in 8 of Green Bay’s last 12 games when playing Atlanta. So it’s about the over.  There isn’t a high number that would get me to bet on the UNDER.

Green Bay Packers at Atlanta Falcons NFL Odds & Picks: The OVER is the sure thing here. Both teams have great quarterbacks that will crush the opponent’s defense. But at this time it would be foolish not to grab the points in what should be a close game. Take the Packers +4.5.