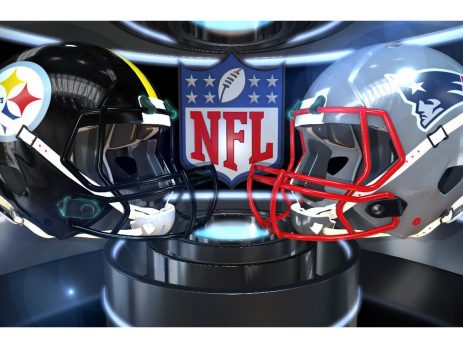 For the first time in the 2016 NFL season, the online bookie software made the Pittsburgh Steelers underdogs. Their NFL week 7 meeting against the New England Patriots should have been a clash between two contenders to represent the AFC in the Super Bowl LI in February.

They might still clash in the postseason, but the truth is the Steelers are shorthanded. They are missing their starting quarterback Ben Roethlisberger due to injury for four to six weeks after surgery.

Last season these two squads opened the season. The Patriots won 28-21 but ATS result ended in a push as New England was listed a touchdown favorite. The 2015 meeting was in Foxborough.  This time, the game will be in Pittsburgh, and home field needs to be a factor if the Steelers want to have a chance.

Take a look at the analysis of the New England Patriots at Pittsburgh Steelers NFL Point Spread and Week 7 Picks:

The Patriots started as 2-point favorites before the news of Steelers QB Ben Roethlisberger hit. With Ben out for the next four to six weeks, the pay per head sportsbook software set the Patriots as 7.5-point favorites. A few bets here and there and the NFL betting line was adjusted to 7-points.

First things first. With the original line, the per head sportsbooks were telling us the Patriots would be a 5-point favorite if the game is played on a neutral. Home teams usually get 3-points by default just by playing in front of their crowd.
It’s not a surprise the Patriots are the favorite considering they might be the most complete team in the NFL. They went 3-1 in the first month of competition without their best player on the field. Once QB Tom Brady got back from suspension, they took their offensive game to the next level.

New England enters this game 5-1 against the spread this season and 2-0 against the spread in games played on the road. Brady leads an offense that scored 33 and 35 points on the Cleveland Browns and the Cincinnati Bengals over the last two weeks. Both, by the way, are teams in the same division as the Steelers.

Brady and the rest of the offense will have a favorable matchup against the Steelers defense.  Pittsburgh ranks as the fourth worse total defense in the NFL. A team like the Miami Dolphins put 474 total yards last week. I mean we are talking about the Dolphins. Miami was arguably was one of the worst three teams in the league before last week’s showing.

Now imagine what Tom Brady will do to them.

Brady is 6-2 on his career against the Steelers. He has thrown a baffling 22 touchdowns and just three interceptions in those games. His passer rating against Pittsburgh is a solid 113.4. He’s the best quarterback in the NFL. He has the Steelers’ number and is going against a defense with no identity. It’s there a pay per head bookie who isn’t afraid of the

NFL betting odds when Brady is on the field?

The Steelers were abysmal last week. Their 30-15 loss to Miami was an embarrassment. And it doesn’t help their starting quarterback will be out for the next month with a knee injury either. However, this is the NFL and weird things happen every week.

Pittsburgh still is a very talented team despite the absent of Roethlisberger. Their offense needs to extend drives to make this game appealing.  Despite WR Antonio Brown is arguably the best wideout in the game he’s not the key to their success. The tailbacks Le’Veon Bell and DeAngelo Wiliams are.

Bell and Williams need to pound the rock hard early and often. They need to help the offense to stay on the field while keeping Tom Brady on the bench. It won’t be easy. New England has the 9th best rushing defense in the NFL, but they have no choice.

A good offensive scheme involving Le’Veon Bell in short passes along Williams running the football would give the Steelers a solid chance. Pittsburgh needs to put themselves in good position late in the game. If they are striking distance in the fourth quarter, the home field could play a factor in their favor.

How to bet the Game Total in the Patriots vs Steeler NFL Week 7 Matchup:

Because the Patriots and the Steelers have remarkable offenses, the online bookies usually set game totals at a high number. That’s why the OVER had made an appearance only four times of the 12 games both teams have played this season.

New England averages 24.8 points per game, which is a good number but doesn’t explain the reality of the team. The number is diminished by the absent of Tom Brady in the first month.  In the first four games, they averaged 20.2 points per game. Since Brady took over, they have scored 34.5 points per game.

Pittsburgh, on the other side, has an entirely different story. With Ben Roethlisberger under center, they averaged 25.7 points per game. There was a stretch in the two games against the Kansas City Chiefs and the NY Jets where Ben threw 680 yards and nine touchdowns. He looked unstoppable. Probably that scoring number is going to go south without him in the lineup. You can’t replace a juggernaut quarterback like Big Ben.

Consider the OVER has hit in 21 of the Steelers last 32 home games vs. a team with a winning road record. Also in four of the Steelers last five games following a straight up loss. On the other hand, the OVER cashed in 10 of the Patriots last 13 vs. a team with a winning record. And in four of the Patriots last four games in the NFL Week 7.

NFL Betting Prediction: Patriots -7 and the OVER.