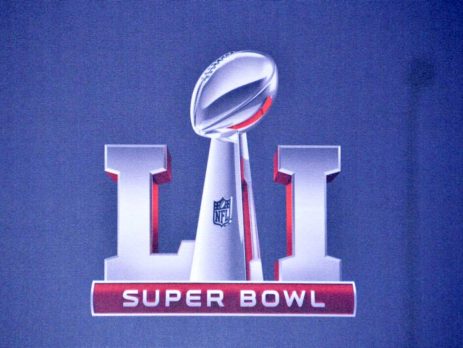 The road for Super Bowl LI is ready. 32 teams will aim for the Lombardy Trophy. Yet, not all have a real shot at the title. Before look at the sports betting odds to win the LI, keep in mind there a few players out for the start of the season.

How the injuries or suspensions change the way? The Patriots were the favorite a week before the start of the season. With Tom Brady outside the lineup, the offense changes in a considerable way.

Tony Romo and Teddy Bridgewater’s injuries forced their teams to look for improvised backup to lead the way.

With that said, these are the favorite and the no-so-favorites to win the Super Bowl LI by the best sports betting software:

The Green Bay Packers have arguably the best quarterback in football. It’s not surprising they jumped out as the last minute favorites to win it all, according to the football betting lines.

Aaron Rodgers has established himself as the most talented quarterback in the game. He hasn’t thrown more than eight interceptions since 2010. Last season he suffered the absent of WR Jordy Nelson, and the offense saw the consequences.

There wasn’t a deep in target inside the formation, and the team became predictable.

Nelson is back and so is HC Mike McCarthy as the offensive play-caller. McCarthy gave up his play-calling duties a year ago the offense never looked comfortable.

Alongside them is RB Eddie Lacy, who is no longer fat. Lacy went into a deep P-90x workout and lost several pounds.

The Seattle Seahawks stood in front of the Packers in the NFC Championship game on the road to Super Bowl XLIX. Seattle will try to do the same in 2016. Their defense remains as one of the best in the NFL. And their offense is quickly evolving.

QB Russell Wilson is one of the most dangerous players in the game. Unlike regular quarterbacks, he is a dual-threat. Wilson threw 4024 yards, 34 touchdowns, and just eight interceptions. He added 553 rushing yards.

The team won’t have RB Marshawn Lynch who retired after last season.

However, newcomer RB Thomas Rawls proved he can deal with the challenge. As mentioned, the offense is moving towards a more passing philosophy. WR Doug Baldwin is Wilson’s go-to guy. Baldwin led the NFL in 2015 with 14 touchdowns and also recorded 1069 receiving yards.

The New England Patriots were the offseason favorites. The odds moved due to Tom Brady’s absent for the first month of the season.

Replacement QB Jimmy Garoppolo didn’t look in command of the offense in the preseason. He might be an OK player, but his level is nowhere near Tom Brady’s.

However, when Brady is back; watch out. The Patriots offense was the third best scoring points last season, even with several injuries going against them.

Their tight end duo of Rob Gronkowski and Martellus Bennett is arguably the best in the league. Right beside them is the two minions WR Julian Edelman and Danny Amendola. Both will catch everything going their way coming from the slot position.

The Pats defense is not outstanding but is good enough to make a Super Bowl run. Last season they were second in sacks, only behind the defending Champions, Denver Broncos.

When you bet online you need to keep an eye on the Pats all season long.

With perhaps the most dynamic of the offenses in the NFL, the Steelers look to get to the Super Bowl for the first time since 2011. Pittsburgh will be fun to watch; I guarantee it.

The problem comes on the defensive side.

But let’s start with the offense. The Pittsburgh Steelers were the third best offense in passing yards, and fourth best in points score. WR Antonio had the second most receiving yards in 2015, only behind Atlanta’s Julio Jones.

RB Le’Veon Bell is back after a knee injury that sidelined him last season. Bell won’t play the first three games in 2016, but when he’s back, he will be noticed. And the online bookmakers know this.

The defense is their issue. The Steelers allowed 19.9 points per game last season and didn’t excel in any of the relevant categories.

They added CB Justin Gilbert from Cleveland to help in the secondary. Gilbert is a former first round pick trying to make a quick impact.

The good news for Steelers fans is to beat them; teams will have to outscore them. And that’s not easy to do.

The Carolina Panthers’ run in 2015 was fantastic. They have a league’s best 15-1 regular season record.

They also had the best scoring offense in the NFL. Their Super Bowl 50 loss could scare them, however.

QB Cam Newton is the reigning MVP and looks to have just as a good of the season as last year. Yet, they missed a huge opportunity last season, and they know it.

Cam gets WR Kelvin Benjamin back after a year sidelined by injury. Benjamin is an unstoppable force outside the numbers. He’s expected to be just as good as his rookie season when he recorded 1008 yards and 9 TDs.

Their defense is a top of the league unit. They will have a great year if they can stay healthy. They lost CB Josh Norman, who is now with the Redskins. But the group as a whole is one of the best in the NFC.