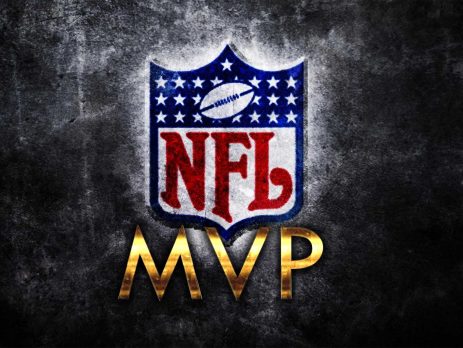 The NFL Most Valuable Player award is the best individual award in the most demanding sports league on the planet. It’s credit to the best player on the best team during the regular season. Only four active players have won this award. Three of them are the favorites according to Pay Per Head sites to win again.

New England Patriot’s Tom Brady has won it twice, along Green Bay Packers’ Aaron Rodgers. The Carolina Panthers’ QB Cam Newton was the last winner. He will try to go back-to-back. However, no one has done it since Peyton Manning in 2008 and 2009. Minnesota Vikings’ tailback Adrian Peterson is the other one active and the last running back to win it.

2016 promise to be a fun year in the National Football League. It’s time to check out the Odds to win the 2016 NFL MVP provided by your sportsbook bookie software:

QB Aaron Rodgers is poised to have a great year. He wasn’t impressive in 2015, but it wasn’t his fault. His best long threat WR Jordy Nelson was injured and missed the season. HC Mike McCarthy gave up his play-calling duties.

For the 2016 online gambling NFL season, Nelson is back looking to set the tone. And head coach Mike McCarthy will call the offensive plays again. Everything is back to normal.

Aaron Rodgers already won the MVP award back in 2011 and 2014. He will be looking for his third with a complete offense. Rodgers is arguably the best quarterback in football. His skill set is unlike anything we have ever seen.

Rodgers’ accuracy, awareness, movement inside the pocket, intelligence and arm strength makes him unique. Since 2010, he hasn’t thrown double-digit interceptions. He hasn’t been to the Super Bowl since 2011, but he might have in front of him the best chance in years.

For the Greenbay Packers to get far in the playoffs, Aaron Rodgers needs to put them in a position to win. That can only mean a monster year for Aaron at online football betting.

Cam won the MVP after the best season of his career. He has grown into a great quarterback; entirely different from the guy who came into the league in 2011. He used to be a running QB. He’s now a pocket passer that reads defenses pretty well.

Newton led the Panthers to a 15-1 record last season. It wasn’t a surprise he won the MVP award. However, it will be hard for him to repeat in a league that adjusts quickly. Especially year-to-year.

In 2016 Cam Newton will have WR Kelvin Benjamin back. Benjamin will help Newton in long plays and third down situations. What separated Cam from the rest of the QBs in 2015 was his ability to do more with less. Well, with Benjamin on the field he doesn’t have that argument going his way.

For Cam Newton to repeat as an MVP, he would have to lead the Panthers to be the best record in the NFL betting. It’s complicated to make it happen two years in a row.

Ben Roethlisberger has never won the MVP award. He has never been even in the conversation. In 2016, Ben and the Steelers have a great chance to become one of the best teams in the NFL this season.

Everything starts with the offense, which is not historically the Steelers’ way to go. Roethlisberger will lead an offensive unit that is talented from start to bottom. Ben will have WR Antonio Brown to his side. Brown is arguably the best wideout in the game.

He’s a playmaker amongst playmakers. Brown’s uncanny ability to gain yards after the catch will help Ben Roethlisberger’s argument. He’s also a player to watch when looking for football betting systems.

RB Le’Veon Bell also helps Ben. Bell can catch the ball coming from the backfield while making big plays. Both are two top of the line players helping a very accurate quarterback.

Here’s where it gets tricky. For the Big Ben to win the MVP award, the Steelers need to have the best record in the AFC. That hasn’t happened since Roethlisberger was a rookie in 2004.

The Seahawks have been known for their defensive efforts over the last four seasons. However, things are changing quickly in Seattle.

The defense is still one of the best in the NFL, but on offense, they don’t go by the run anymore. Last season QB Russell Wilson had a breakout year passing the football. He was fun to watch and so was the entire offense. He left a mark in the sports betting season.

Wilson recorded a career-high 4024 yards, 34 touchdowns, and just eight interceptions. He added 553 rushing yards. His double threat ability makes him hard to stop. Wilson’s number one target was WR Doug Baldwin. Doug led the league with 14 touchdowns. When a quarterback find trust in a wideout, he will go to him most of the time. That’s the connection he has with Doug Baldwin, and that could help him improve his numbers.

Every year that passes by, Russell Wilson gets recognized as one of the best players in the NFL.

Patriot’s QB Tom Brady would have better odds if not for the four-game suspension at the start of the season. Automatically anybody would scratch him out of the list, but we are talking about the arguably the best quarterback in NFL history. He gets the benefit of the doubt.

Brady led the NFL with 36 touchdowns last season. He only threw seven interceptions. He’s one of the most intelligent players in the league; if not the most.

After the four-game suspension, he will be back sling it. Don’t expect him to be quite. Brady will make a lot of noise in the next 12 games. He knows his best shot at another Super Bowl is by having home-field advantage in the AFC playoffs.

When Brady is back, the New England Patriots offense promises to eat defenses for lunch.