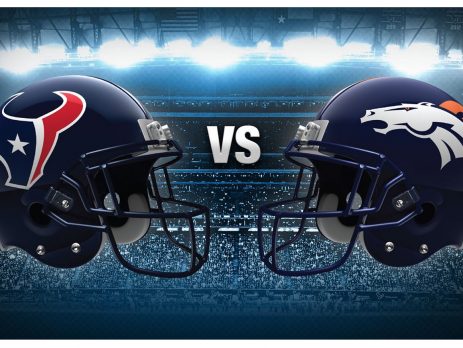 When the Denver Broncos won the Super Bowl 50 in San Francisco they knew their QB Peyton Manning has played the last game of his career.

The Front Office had no reason to panic. They had a backup QB in Brock Osweiler, who knew the offense and the system and was ready to take over the starting job. It was only a matter of getting the numbers right for his new contract. $72 Million later Osweiler left Denver for Houston looking to write his own story with the Texans.

Now Osweiler is back in the town that saw him grow up as a quarterback. He will face his ex-teammates Monday Night Football in front of the whole country.

These are the NFL Week 7 Picks and Betting Odds for the Houston Texans at Denver Broncos clash.

It hasn’t been a smooth ride for the Houston Texans in 2016, but they are at the top of the mediocre AFC South division. Sitting in first place with a 4-2 record should be considered as a good mark after six weeks of competition.

Sure, the sports betting agents are not sold with what the Texans have shown, but there is room for improvement.
Houston is coming off a 26-23 win over the Indianapolis Colts on Sunday Night Football. One can argue the Texans learned a lot about themselves in that win. Down by 14 points with three minutes left, the team figured out how to win the game in overtime.

The Texans were the only team in the league who entered the NFL week six without a rushing touchdown. Head coach Bill O’Brien was emphatic in the game against the Colts; he needed to run the football.

The tailback Lamar Miller responded with his best game of the season. Miller ran for 149 yards and one touchdown on 24 carries. O’Brien will keep giving the ball to his running back from now on.

The Denver Broncos have the best pass-rushing unit in the NFL.  Last season they won the Super Bowl because they put pressure on opposing quarterbacks on every down.  Their formula remains the same in 2016.

The only was the Houston Texans avoid their QB to get beat up is if they stick to the running game.  Lamar Miller is the key to this game. Brock Osweiler is only the storyline. If Miller runs the football effectively, the pass rushing unit of the Broncos will be on the edge and won’t be as impactful.

There are two ways Houston covers the spread in the pph sportsbooks. They need to win the game or at least lose by fewer than eight points. The Texans are 5-2-1 ATS in their last eight vs. AFC teams, and 4-1-1 ATS in their last six games following an ATS loss.

How do the Broncos feel about facing ex-teammate Brock Osweiler this Monday? Let’s start with this: "It’s Brock. We know Brock. He came from here. And we want to kill him. That’s just what we want to do”, explained the linebacker Brandon Marshall this week.

Deep down the Broncos felt betrayed when Brock Osweiler left Denver for Houston.  They will get a chance for some payback this Monday, especially their defense. Knowing Marshall, Von Miller, Aqib Talib and the rest of the defensive unit, they all believe the contract Osweiler got was because of them.

The Broncos lead the NFL with 22 sacks this season.  They are looking to add a few more when they meet Brock in Mile High.  Houston has allowed 12 sacks on Osweiler this season, which is not a terrible number. But they haven’t faced pass rushing unit as talented as the Broncos.

Cornerback Aqib Talib could have a field day against Osweiler. Talib has three interceptions this season, leading the team in the category. Osweiler doesn’t have a grip of the Texans offense just yet. He still throws some bad passes and the Broncos secondary knows it.

How to bet the Game Total in the Texans vs Broncos NFL Week 7 Matchup:

Both the Texans and the Broncos have struggled at the quarterback position. It’s not a surprise the game total was set at a low 40.5-point for Monday Night Football.

Denver has scored only 14.5 points per game in the last two weeks.  Siemian had his worst game of the season against San Diego in week six.  He completed 30 of 50 passes for 230 yards, one touchdown.  Despite the fact that he didn’t throw an interception, he never got this offense going.

Add to it the Broncos running game has been inexistent under RB CJ Anderson this season. Anderson hasn’t recorded 100-rushing yards game in 2016.  In fact, over the last four weeks, he hasn’t even reached 50 yards in any of those games.

With those numbers, it’s not a surprise the UNDER has appeared in seven of the Broncos last ten games as a home favorite, in four of their last six games after accumulating less than 90 yards rushing in their previous game. The

NFL Betting trends dictate this should be a low-scoring affair.

On the other side, there is Houston, who has their offensive problems. The Texans average 18.0 points per game this season; only the Chicago Bears and the NY Jets have a worst average in the league. As a defensive unit, Denver gives up only 18.0 points per game.

Wherever you see this matchup, it will be hard for offenses to move the ball.  Both defenses will dominate the game.

Keep in mind the UNDER has cashed in five of the Texans last six games following a straight up win, in four of their last five games as an underdog and five of the last seven road games vs. a team with a winning home record.