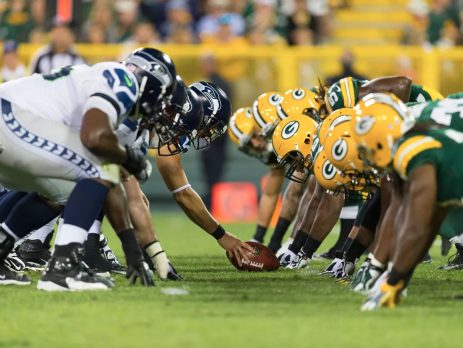 The NFL week 14 have several intriguing matchups this weekend. One of the best matchups will have the Green Bay Packers hosting the Seattle Seahawks at Lambeau Field. The Packers have beaten the Philadelphia Eagles and Houston Texans in consecutive weeks.

Green Bay is now back in the playoffs hunt with a 6-6 record. Despite their urgency for a win, the per head sportsbooks made them a three-point dogs for this game.

The Seahawks are the challenger. Seattle destroyed the Carolina Panthers on Sunday Night. Their offense looked great on every level.

RB Thomas Rawls scored twice in the first half and never looked back. The issue with this team is they showed a different face when they play on the road. We will find out this Sunday how good they really are.

The last time the Seattle Seahawks beat the Green Bay Packers, there was a Super Bowl 49 ticket on the line. The Cheesehead fans haven’t gotten over it.

These are the NFL Week 14 Picks and Odds Seattle Seahawks at Green Bay Packers:

The Seattle Seahawks are a complicated team to understand. They can be an amazing team that beats the Patriots in New England on Primetime.

They could be the horrible version that only scored five points against the Tampa Bay Buccaneers two weeks ago. Or they can be the marvelous wonder that smashed the Carolina Panthers 40-7 last Sunday. In the end, we are talking about a Super Bowl contender team. But it’s about finding out how good can they be on a consistent basis; especially playing on the road.

Seattle is a field goal favorite by the pph sportsbooks standards. They are 6-5-1 against the spread this season, but just 3-3 against the spread playing on the road. As mentioned their last away outing was an embarrassing 14-5 defeat in Tampa Bay against the Buccaneers.

The Seahawks can’t afford another road loss. They are fighting for an NFC bye week in the playoffs. Assuming the Dallas Cowboys will be the top seed in the National Conference, the Seahawks are in the battle for the second spot.

The Seahawks have the upper hand against Aaron Rodgers and the Packers offense. Seattle allows just 16.2 points per game, which is the best mark in the entire NFL. Yes, the Packers have won two straight, averaging 24.0 points in those wins. But how much of a challenge are the Philadelphia Eagles and the Houston Texans anyway?

The online bookies are not expecting Aaron Rodgers and his offense to move the ball with consistency on Sunday. Green Bay is 10th best in passing yards per game but just 24th in rushing yards.

The Green Bay Packers are the inferior team in this scenario. They are home dogs playing against a Super Bowl contender. The Pack is getting three-points at home. With Aaron Rodgers in charge, it should be enough against most teams. Not against Seattle.

Even so is undeniable the Packers are trending up at the right time. They beat the Eagles in Philadelphia 27-13 two weeks ago. They took down the Houston Texans 21-13 last week at Lambeau Field. The pay per head sportsbooks know Green Bay is 5-6-1 against the spread this season and 3-2-1 ATS at home. That’s why they don’t trust the Packers.

The good news for the Packers is they have been solid when they have faced the Seahawks lately. They have Seattle’s number. Green Bay is 5-2 ATS in its last seven games when playing Seattle.

Expect Rodgers to go deep against the Seahawks secondary this Sunday. Last week Seattle lost safety Earl Thomas for the reminder of the season. Thomas suffered a broken leg and is considering retirement. Without Thomas in the lineup, their secondary will miss their captain. He was the guy who set the tone.

He’s perhaps the best safety in the NFL and for sure the most intelligent one. The Panthers scored only seven points last week in the 40-7 defeat in Seattle. Their only touchdown was a 55-yards pass right on the next play after Thomas left the field injured.

How to bet the Game Total in the Seattle Seahawks at Green Bay Packers NFL Week 14 Matchup:

Neither of these two teams has a consistent game to bet on the total. The NFL betting trends mention both have split the OVER and UNDER in their 12 games played. Meaning both the Seahawks and the Packers are 6-6 O-U this season.

The total is at 46.5 points. I don’t expect Rodgers and company to move the ball up and down against Seattle. The Seahawks on the other side usually struggles on the road; in particular on the offensive side.

NFL Week 14 Picks and Odds Seattle Seahawks at Green Bay Packers: Take the favorites to win by four points and cover the spread.