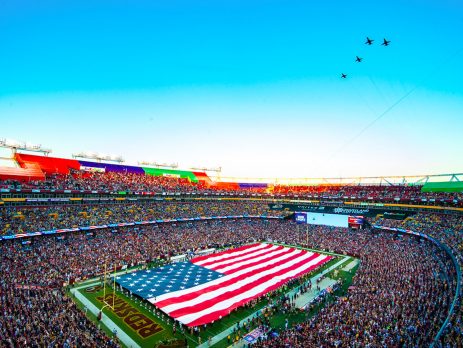 It’s been a while since the Green Bay Packers have looked this bad. They have dropped three in a row and are about to face a Washington Redskins team that is on its way up. Green Bay was dismantled by the Tennessee Titans 47-25 last week. It was their worst showing in years. The good news for them is they can’t play as bad for two consecutive weeks.

This is only the second time this season the pay per head bookie makes the Packers the underdogs. Green Bay actually covered the spread against Atlanta, the one time they weren’t the favorites. However, they did lose the game.

Washington is coming off a win over the Minnesota Vikings. Impressive or not, they have won the last three games at home. Their meeting against the Packers in DC seems like a favorable one as well.

These are NFL Week 11 Odds and Predictions Green Bay Packers at Washington Redskins:

At the start of the season, the Green Bay Packers jumped as one of the Super Bowl 51 contenders. They had arguably the best quarterback in the NFL, good receivers, including WR Jordy Nelson back. They had a steady running game and a solid defense. Nothing could go wrong.  The pay per head sites were ready to put them in the playoffs.

Just ten weeks later the story is completely different. QB Aaron Rodgers looks like he’s not comfortable running this offense.  Nelson lost a step or two after the injury. RB Eddie Lacy is out for the season.

He has been a waste of money. And the defense just surrendered 47 points from the Tennessee Titans last week.

It’s hard to realize what the Packers are going through. But the one thing the sports betting agents know is this team has talent.  They can wake up at any time. That’s why they are less than a field goal underdogs going into this game.

Here’s where the Packers fans should be excited or this game.  Rodgers has been outstanding against Washington in his last two outings. He threw six touchdowns and zero interceptions in the last two wins over the Redskins.  The last one was in Washington during last season’s playoffs.

The Redskins defense is not great. They are listed as the 18th total in the NFL. When facing passing teams, they struggle as the 15th ranked defense against the pass. Rodgers might find time to throw the football, and his receivers should put up some numbers.

The Washington Redskins have been inconsistent this season, and that includes their home record. Washington is 3-2 at home, but the good news is they have won three straight after starting the season 0-2.

The Packers are coming off two straight losses against AFC South opponents. The AFC South division is the weakest in the NFL, but that didn’t stop the Indianapolis Colts and the Tennessee Titans from embarrassing Green Bay.

The Titans gave them quite a smack in the face last week.  Tennessee started the game with a 21-0 lead in the first quarter.  The meeting ended with a 47-25 loss to the Packers.

Washington will have the chance to extend the Packers’ horrible momentum. The Redskins have a balanced offense that should have a favorable matchup.

The online bookie software set Washington as 3-point favorites when the NFL betting lines opened. It moved half a point. The Redskins will be a 2.5-point favorite when the game starts.   Meaning the per head sportsbooks think Green Bay is slightly a better team than Washington. Keep in mind the book will give the home team 3-points just by default.

How to bet the Game Total in the Green Packers at Washington Redskins NFL Week 11 Matchup:

Both offenses have favorable matchups against the respective defenses.  Both quarterbacks should be able to put together long drives and move the ball around without much problem. Washington’s Kirk Cousins is prone to throw an interception or two, but the good thing is he keeps coming back with throws.

The Redskins are a team that doesn’t care about their recent mistakes.  They will throw the ball as much as they can.  Seven of their nine games this season have gone OVER the game total.  Consider the Over is 16-5 in Redskins last 21 games overall. That’s why the pay per head sportsbooks set this total at 50 points.

The reality is both teams are made to score points. Their defenses are average at best. They need to put points to stay in games.

It doesn’t’ seems like there is anything else but to bet the OVER on this one.

NFL Week 11 Odds and Predictions Green Bay Packers at Washington Redskins: Redskins -2.5 and the OVER.