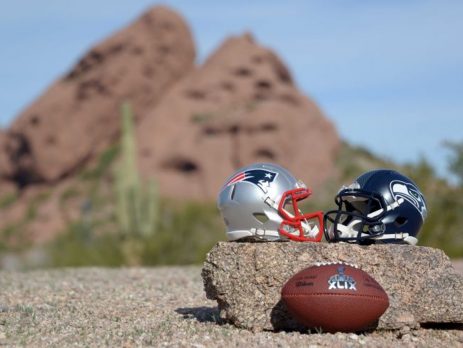 Super Bowl 49 could down as the most exciting Super Bowl in NFL history. The way the New England Patriots and the Seattle Seahawks battled was mythological. If we get to see something similar, we are in for a great game.

The Patriots are easily the best team in football, but the Seahawks don’t care about it. Let’s find out the NFL Week 10 Point Spread and Picks for the Seattle Seahawks at New England Patriots Sunday Night Football matchup:

The Seattle Seahawks lead the NFC West division with an awkward 5-2-1 record. If we are honest, they haven’t looked like a Super Bowl contender all season. Even so, the team got to the Big Game twice in the last three season.

They have earned respect to be considered as contenders.

The pay per head sportsbook opened the NFL betting lines with the Patriots as 9.5-point favorites. The sports bookie realized the line was too high. After all, the Seahawks were on the other side.

Seattle’s problems have come on the offensive side of the football. Their QB Russell Wilson has been dealing with several injuries. Wilson has problems with his ankle and his back. After three games without throwing a touchdown pass, he had his best game against the Buffalo Bills on Monday Night.

Wilson completed 20 of 26 passes for 282 yards. He threw two touchdowns when finding TE Jimmy Graham twice in the end zone. The Seahawks won 31-25.

Wilson might have time to throw the football on Sunday Night. When the New England Patriots traded DE Chandler Jones to the Arizona Cardinals, they weren’t expected to lose their big punch upfront.  The Pats have one of the worst pass-rushing units in the NFL with just 13 sacks this season.

OLB Jabaal Sheard leads the team with just 3.5 sacks this year. If Wilson finds time in the pocket, he can torch a defense that can’t get to the quarterback.

The Patriots haven’t been stopped since Tom Brady got back to the starting lineup. Brady is the leading candidate for MVP in the NFL betting odds after throwing 12 touchdowns in four games played. He’s not only 4-0 in those games, but his team scores 34.0 per game in that span.

Brady is playing the position close to the perfections. He’s getting his team ready for the best position to win and hasn’t made many mistakes. Seattle knows a thing or two about seeing the best of Tom Brady. During Super Bowl 49 Brady completed 37 of 50 passes for 328 yards and four touchdowns. Yes, he was picked off twice, but what he did in the fourth quarterback was insane. Brady went 12-14 in that quarter including a last perfect drive he took where he didn’t miss a pass.

Here’s where the Seahawks have no shot. Without DT Michael Bennet (out with a knee injury), it will be hard for them to bother Brady in the pocket. Also, Seahawks safety Kam Chancellor (groin) was a full practice participant once again Thursday. But many believe he’s not 100%.

Brady should find TE Rob Gronkowski and TE Martellus Bennett early and often. The middle of the Seahawks defense is good, but they don’t have the personnel to stop these two monsters playing at the tight end position.

The pay per head sportsbooks knows all this. They even know the Patriots are 8-1-1 ATS in their last ten games after scoring more than 30 points in their previous game, 4-0 ATS in their last four games as a favorite, and 4-1 ATS vs. a team with a winning record. That’s why New England is a favorite by more than a touchdown on Sunday Night Football.

How to bet the Game total in the Seattle Seahawks vs New England Patriots in the NFL Week 10 Matchup:

The last time the Seahawks and the Patriots meet they combined for 52 points. The game was incredible, but it had two teams that overmatched their opponents’ defenses. The online bookie software set this game at 49 points in their game total.