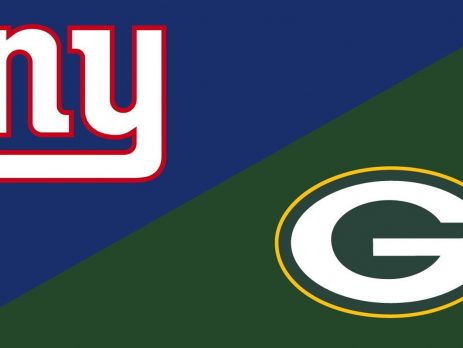 The NY Giants and the Green Bay Packers are two of the hottest teams entering the NFL postseason. It’s a brutal matchup for both considering is only the wildcard round. But this is the game to watch this weekend.

The Giants finished the season with three wins in the last four games. They posted an 11-5 record straight up and 8-6-2 against the spread. The Packers won their last six games to win the NFC North with a 10-6 SU mark and 8-7-1 against the spread.

These are the NFL Playoffs Wildcard Round Odds & Predictions as the NY Giants challenge the Green Bay Packers:

Everybody loves the NY Giants. Several flashbacks of their 2007 run and the 2011 season come to mind when you think of them in the playoffs. The pay per head bookies made the Giants the dogs, but in those runs, they were exactly that; the underdogs.

QB Eli Manning has a nine touchdowns and one interception in his last four postseason games. Yes, he hasn’t played in a playoffs game since 2012, but those numbers are the reason the public thinks there is a “playoffs Eli” mantra out there. How and why Eli Manning performs well in the postseason? It’s hard to explain, but it’s something the pay per head sites consider every time New York is playing in January.

A couple of games have lifted the “playoff Eli” image for the youngest of the Manning’s. He is 2-0 playing at Lambeau Field in his career. He threw three touchdowns and one interception in those two wins. He beat the mighty Brett Favre in the 2008 NFC Championship game.

He took down Aaron Rodgers in 2012. Both times the Giants won the Super Bowl.
Eli has a 5-1 record playing on the road in the playoffs, which is beyond impressive. He threw 11 touchdowns and two interceptions. His only away loss in the postseason was back in 2006.

Nevertheless, the Giants key to succeeding in the playoffs is not only Eli Manning. They will trust a defensive front that has excelled over the last month of competition. New York allows 17.8 points per game; only the New England Patriots gave up fewer points than the Giants this season.

Their secondary-defense matches well against any receiving corp. That includes the playmakers on the Green Bay Packers offense.

Also, consider the Packers are 2-6 ATS in their last eight playoff games as a favorite of 3.5-10.0 points.

After running out the table with six straight wins, the Green Bay Packers won the NFC North division for the fifth time in the last six years. It’s hard to beat the Packers any weekend, but it might be harder when they are playing at this level.
The most important thing for Green Bay is they have QB Aaron Rodgers playing at an MVP level. Rodgers.

He threw 15 touchdowns and zero interceptions in those last six wins. His performance took a step forward. He guided a team that looked helpless when they were sitting with a 4-6 record.

"I think the biggest thing, besides his performance, and I think he’s an incredible teammate, but I think anytime you work with an individual over a long period of time, one of the best compliments that you can give him is his consistency of how he comes to work every day," Packers coach Mike McCarthy said. "Because there’s a lot that goes on during the season. Obviously, the demands and the responsibilities of the quarterback, and particularly Aaron Rodgers, there’s obviously more on top of that."

Rodgers has had some issues in the past during the postseason. As mentioned, he already lost to Eli Manning in a playoffs game, but the per head sportsbooks don’t care about it. They made Green Bay the favorite to win and advance in this matchup.

For all its greatness, Aaron Rodgers is only 8-6 in the playoffs. He has thrown 27 touchdowns and just eight interceptions. Since winning the Super Bowl in the 2010 season, he has been 3-5 in the postseason. He needs to win this game for his legacy to keep moving forward. Another loss will set the alarms.

How to bet the Game Total in the NY Giants at Green Bay Packers NFL Week Playoffs Wildcard Round:

The sports betting agents set the game total for this matchup at 44.5 points. The game will be played at 7°F at Lambeau Field. Teams will be able to move the ball around, but I won’t expect any of the two to go crazy putting points all over the place.

The total has gone UNDER in 7 of NY Giants’ last eight games. This might be the trend to follow here. New York will give Aaron Rodgers all he can handle. The Packers offense struggles to run the football, which could lead to a predictable offense.

NFL Playoffs Wildcard Round Odds & Picks: Many People believes the Giants have the blueprint to beat the Packers in the playoffs. I’m not sold on Eli Manning and his postseason performances.

His playoffs mojo was back in 2011. He hasn’t grown as a quarterback since his last Super Bowl run. I’m taking the best quarterback of the two. Packers -4.5.