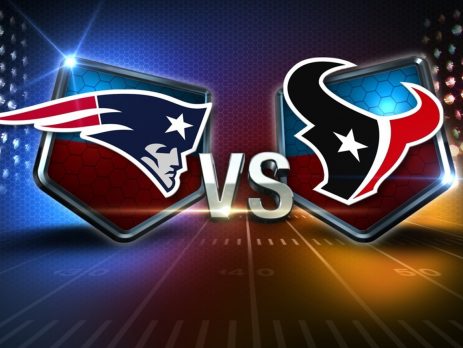 The Houston Texans beat the Oakland Raiders in the wildcard round of the NFL playoffs. Their prize is visiting the New England Patriots at Gillette Stadium on Saturday Night.

Nobody gives the Texans and chance, and that might be the turning point for an enormous effort. The problem is the ultimate favorite to win Super Bowl LI will be in front. The Patriots are at home; they are rested, and they are ready for business.

I get the title of this article gives away all the fun, but let’s try to put together an argument for the Houston Texans. After all, they won their division title and had some good moments in the wins against the Raiders.

Houston has the best defense in the NFL. Many people believe the number is inflated by the fact they played a broken division. But the reality is they stayed together despite the absent of DE JJ Watt.

"They have a damn good defense," Patriots QB Brady said Monday morning on WEEI, via ESPN.com’s Mike Reiss. "There is nothing easy about this game for our offense. We’re going to have to go grind it out. We have to go get our mind right and we will. We had a good week of practice last week and we need to carry it over into today and all the way through Saturday night."

The Texans won’t neutralize QB Tom Brady, but they can hang on just enough to keep this game under 16-point difference. Remember, it’s not about Houston winning this game, it’s about staying just close enough to beat the pph sportsbooks.

Houston also has the familiarity on their side. They are a Patriots retirement center, and many know Tom Brady a lot. The head coach Bill O’Brien was Brady’s offensive coordinator several years. Mike Vrabel played with Brady as a linebacker and won three Super Bowls with him.

Vrabel even caught touchdowns when coming on the offense. And defensive coordinator Romeo Crennel was also on the Patriots staff during the early years of the Brady Belihick era.

All these names need to put together a game plan good enough to slow Tom Brady and his unbelievable offense.
Here are some NFL betting trends to help Houston’s case. The Texans are 4-1 ATS in their last five games after allowing less than 150 yards passing in their previous game, and 4-1 SU in its last five games.

The 16-points spread is the fourth biggest in the history of the NFL playoffs.  New England is that much better than the Texans. And believe me when I tell you it’s going to get ugly. Over the last five games in the series, the Pats have outscored Houston 171 to 79. Over the last two meetings 54-6.  This season, New England beat Houston 27-0. It wasn’t Tom Brady under center. It was the third stringer QB Jacoby Brissett.

New England will need an awful game to lose on Saturday. The sports betting agents are only covering their assets with this massive spread. They are trying to get the public to bet on the Texans as well. But there isn’t a big enough NFL point spread to make put money on Houston on Saturday Night.

“What does that matter?” Texans head coach Bill O’Brien said Monday. “The only thing that matters is what takes place in between the lines on Saturday night. o no, I don’t really go too much to the Vegas betting line. I don’t think that will really be a good motivational tool this week.”

Tom Brady faced the Texans in the divisional round of the 2013 season. He threw three touchdowns without interceptions. His team won 41-28 that night.

How to bet the Game Total in the Houston Texans vs. New England Patriots at NFL divisional playoffs Matchup:

There is a mismatch on both sides of the ball. Both favor the Pats. We already know how good Tom Brady is. He faced the Baltimore Ravens as they sat as the then number one defense in the NFL and obliterated them.

The Texans won’t slow him down. And Houston’s offense won’t move the ball or score points. Them what are we betting on? The game total was set at 45 points by the pay per head. What the bookmakers are expecting is to see the visiting team score during garbage time, mostly.

The total has gone OVER in 6 of New England’s last eight games when playing Houston. The Over is 7-3 in the Patriots last ten games as a home favorite, 4-1 in their last five playoff games, 12-5 in their last 17 games in January, and 4-0 in Patriots last four playoff home games.

NFL Odds Picks: Patriots -16 and the UNDER.