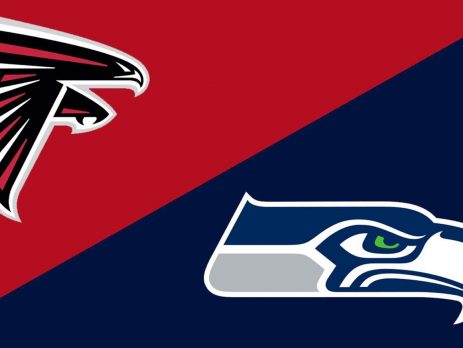 The NFL divisional weekend will start with a clash of NFC teams with very different styles. The Atlanta Falcons are the sexy team this season.

They are the offensive juggernaut who is not afraid of anybody. The Seattle Seahawks are a defensive-experienced team. They have been in many battles and feel comfortable in this scenario.

The Seahawks finished the season 11-5-1 straight up and 8-8-1 against the spread. Last week they took down the Detroit Lions with a 26-6 result. They looked great on both sides of the ball.

The Falcons had a bye week. They earned it after posting an 11-5 straight up mark during the regular season. They joined with a 10-6 record against the spread.

These two teams faced each other in the NFL week six, but a lot have changed since then. Take a look at the NFL Divisional Odds & Picks Seattle Seahawks at Atlanta Falcons.

Because the Seattle Seahawks are comfortable in these situations. Since QB Russell Wilson stole the starting QB job from Matt Flynn in 2012, the Seahawks haven’t missed the playoffs. Wilson is 8-3 on his postseason career with 18 touchdowns thrown and nine interceptions.

Last week, Wilson completed 23 of 30 passes for 224 yards and two touchdowns against the Lions. Wilson is calm and collected in these games.

He is a player who has been before. And he has a bone to pick against Atlanta. During Wilson’s rookie season, his first playoffs loss was against the Atlanta Falcons. He played well the second half of that game, but it was too late for a comeback.

Seattle’s defense also will have the advantage to face a struggling WR Julio Jones. The Falcons playmaker has been lingering a toe injury for the last month. Jones scored only one touchdown over the last seven games. The pay per head bookies are expecting CB Richard Sherman to follow Jones around. It should be a great matchup to watch.

Another thing going in the Seahawks favor is they seem to have found a rushing game. RB Thomas Rawls destroyed the Lions last week. He posted 161 yards and one touchdown on 27 carries. Detroit had no answer for him. If Rawls gets going early, the Seahawks will have a balanced offense. It would go a long way to have a balanced offense when playing against a power Falcons’ teams.

Back in week six the Atlanta Falcons went to Seattle and played the Seahawks toe-to-toe. The sports bookies were quite surprised by the performance of the Falcons despite the 26-24 loss at CenturyLink Field.

To many people, the Falcons were robbed of the opportunity to win. A late hold wasn’t called on Julio Jones. It would have given Atlanta field goal position. They haven’t forgotten about it.

"When we’re in a game, I’ll go look at them like that and say, ‘You didn’t see it?’ if they didn’t see it," Jones told ESPN.com. "I’m not going to sit up there and cry about anything. It is what it is. But you’ve got to alert them.

Atlanta is not afraid of the Seahawks, and what should they be? The Falcons own the best offense in the NFL averaging 295.3 passing yards per game (3rd) and 120.5 rushing yards (5th).  They can move the ball both ways, and they can score touchdowns.

Atlanta averaged 33.8 points per game during the regular season. No team in the NFL had a better average. In their last four games, that averaged improved to 38.5 points per game. Many bookie gambling experts lost money going against the Falcons.

What’s holding the Falcons back? Well, their inexperience. QB Matt Ryan is 1-4 on his playoffs career. The great thing is the only victory he has on his resume was against the Seattle Seahawks; at the Georgia Dome and this same stage.

How to bet the Game Total in the Seattle Seahawks and the Atlanta Falcons at NFL divisional playoffs Matchup:

The Falcons will push teams to score points. They will drag you into their playing style, and there isn’t much you can do about it.  For this game, the total was set at 51.5 by the pay per head sportsbooks. It is the second highest total of the divisional round weekend. Packers and Cowboys combined for 52.5 points.

Atlanta is not only the highest scoring team in the NFL but they have a lousy defense that can’t stop anybody. The Falcons allow 25.4 points per game. They score a bunch and allow a bunch. The pph sportsbooks saw the total go OVER in 14 of their 16 regular season games this season.

The Seahawks are a steadier team. Slightly less emotional and more defensive. But since they lost safety Earl Thomas things have changed with the defensive efforts. The team is missing their captain and it shows.

The Falcons will find spaces to go long against Seattle.  The Seahawks will have to respond with points.
NFL Divisional Odds & Picks Seattle Seahawks at Atlanta Falcons:

Take the home team to win and cover this game. The absent of Earl Thomas is a big deal. QB Matt Ryan is playing an MVP level and he will abuse the Seahawks.