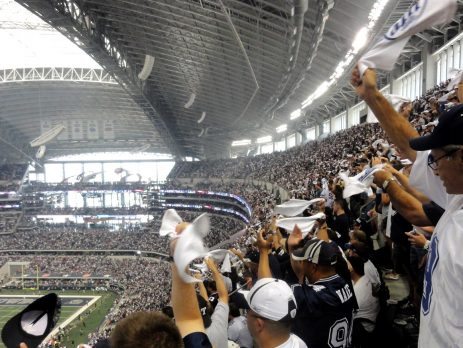 There are not huge names in the Free Agency for the wide receiver position, but the ones involved will get paid big bucks. Alshon Jeffery, Terrelle Pryor, DeSean Jackson, and Kenny Stills lead the list, but perhaps the most complete of all is the veteran Pierre Garcon.

Garcon will be in his 10th season when the road to Super Bowl LII starts, and he needs to give it a good thought on where he wants to be. He has only two seasons with over 1000-receiving yards, and one of them was last year. He’s a productive receiver in the right system, and he will be looking for the best fit starting March 9.

Pierre Garcon is going to hit the market, but not because he will be a free agent means he can’t come back to Washington. The pay per head sites expect Garcon to remain in the Redskins, but the +175 odds tell they are unsure.

Garcon is now 30 and perhaps will have the last chance to break the bank in his career. Playing with the Redskins will be the sure move, but he might not get the big bucks. Washington needs to contemplate the fact that at some point they will pay QB Kirk Cousins. The quarterback has been hit with the franchise tag two seasons in a row, but his payday will come soon enough. That should leave the rest of the team with tiny room to move.

Pierre Garcon and DeSean Jackson are the two wideouts looking to hit the free agency after playing with Washington in 2016. While Jackson is a long shot of returning to DC, Garcon is more important to the system.  He recorded 1041 receiving yards in 2016 and scored three touchdowns. Jackson also reached the 1000-yards and had one more touchdown, but he was less involved in the offense.

The Rams offense was one of the most boring units we got to see in 2016. They need a splash this offseason. Pierre Garcon could be that player.

Los Angeles finished the season as the worst total offense in the NFL. They also were the lower scoring unit in the game, averaging 14.0 points per game. Almost two points fewer than the awful Cleveland Browns.

After the whole Jeff Fisher fiasco went to the drain, the team is ready to make the right moves. That’s why the price per head sportsbooks expect Los Angeles to make a bold move in the free agency.

LA has Kenny Britt and Tavon Austin as their two primary playmakers at the wide receiver position. Britt is a big solid guy, but he’s not a number one receiver material. Austin plays in the slot, and they haven’t found good ways to use him. Pierre Garcon could be a tremendous addition to an offense that needs a spark.

Also, this season is particularly important for the career of QB Jared Goff, and he needs all the help he can get. Goff was disappointing at best one his rookie season. Many are already turning the back on the 2016 number one overall pick. But if he gets the proper help and the coaches put him in the right spot he could succeed. Garcon would be a great move to help a young struggling quarterback.

It will be hard to convince free agents to go to the bay area, but the Niners are going to give it a shot. San Francisco is an in a rebuilding process, and part of this process is to bring new exciting talent.

The problem for San Francisco is they don’t have a quarterback, yet. And that’s a big issue when you try to allure a free agent wide like Pierre Garcon. Currently, the Niners have Torrey Smith as the only playmaker outside the numbers. Adding another would help a lot, but is not the priority number one.

To me, the sports betting agents are overstating the fact that San Francisco will spend in the Free Agency period. Perhaps they will pay a lot, but they have so many issues on any other parts of the roster that Garcon is not a priority by any stretch.

The only thing San Francisco can do is throw an obscene amount of dollar figures to Garcon’s lap. After all, the 49ers are the team with the second-most cap room for the 2017 season. Right now only the Cleveland Browns have more money to spend. So if the 49ers want to make an absurd move for Garcon, the money won’t be an issue.

System wide the Philadelphia Eagles could use Pierre Garcon. After Jordan Matthews, their talent outside the numbers is very slim. If they want to compete against the Dallas Cowboys, NY Giants, and Washington Redskins, they need to improve their receiving corps.

The per head sportsbooks see the Eagles landing Garcon as a long shot. But just by being mention in this discussion, means there is a possibility they actually make a move for the veteran wide receiver.

QB Carson Wentz will be in his second year as a professional. He was good in his rookie season, but good talent surrounding him would speed up the process to become one of the best in the business.

Here’s the problem. The Eagles don’t have that many cap room, so their options are limited. They are also carrying over $7M in dead money. They don’t have that much of space to make the right moves to acquire Garcon.

The field means any other team trying to sing WR Pierre Garcon. At this point in his career, he could use a team with Super Bowl aspiration, but he also wants to get paid. For example, the Oakland Raiders and the Denver Broncos fit that criteria but both are complete in the receiving department.

The Green Bay Packers could use his help and they have money, but they are not big spenders in the Free Agency. The Tampa Bay Buccaneers have an aging Vincent Jackson and a stud in Mike Evans at the receiving end. The Bucs have money and could add Garcon into the mix. With Jameis Winston under center, they could have one of the best offenses in the NFL.