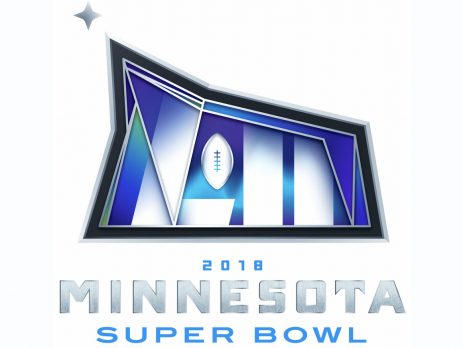 I know there have been only a few days after the incredible Super Bowl LI, but it’s never too early to see ahead of next season.

After the Patriots had beaten the Falcons 34-28 in Houston, the world was set on fire. Can New England repeat? Can Atlanta bounce back after such a devastating loss?

It’s too early to actually think we can figure out what is going to happen in Super Bowl LII to be played in Minnesota, but it’s fun. What else can I do but guess the landscape?

These are the Very Early Super Bowl LII Odds

It’s a not a surprise the New England Patriots are the favorites to repeat, according to the price per head sportsbooks. Entering the 2016 season, they were the heavy favorite and were able to deliver in the end.

The Patriots will probably lose TE Martellus Bennett who is set to become a free agent and DE Chris Long. Both got to New England in a one-year deal situation, and they made the most of it.

Instead, they will get TE Rob Gronkowski back. Gronk missed all December, the playoffs, and the Super Bowl. The Patriots managed to win anyways, but with him, on the field, it would have been easier.

The Cowboys have a huge future under RB Ezekiel Elliot and QB Dak Prescott. Both need to avoid the sophomore slump. But in the NFC, they look like the best team for the upcoming season.

Dallas needs to add a pass rusher to their defensive scheme. They could use a playmaker in the secondary as well. However, all should rally around Elliot and Prescott, along with WR Dez Bryant.

This team has a three-year window to make a Super Bowl run. After that, they would probably have to pay for their two stars.

The Pittsburgh Steelers were awfully disappointing in the postseason. Adjustments need to be made before the sports betting agents trust them again. During the road to Super Bowl LI, the Steelers finally had their three big players healthy, but they were not a match for the New England Patriots.

The Steelers need to aim for the top of the AFC and try to have home-field advantage in the playoffs. Otherwise, they will have problems in the postseason. Pittsburgh needs to make the last run with QB Ben Roethlisberger under center. After losing to the Patriots, Big Ben sounded off. He might be closer to retirement than we expect.

The Green Bay Packers need to help Aaron Rodgers get back to the Super Bowl. He has some talent in the receiving corps, but they need to add talent in the running back position.

The Packers cut RB James Starks after several seasons where he hasn’t delivered what was expected of him. RB Eddie Lacy will be a free agent this summer, and it’s unlikely Green Bay makes a push for him.

Besides the running backs issues, they could use a few move on the defensive side. They have a talented secondary, but the pass rush needs to get better. They have too many veterans trying to get to the quarterback.

The pay per head sites are giving the Packers massive respect, but it’s mostly due to Aaron Rodgers. The roster needs to improve, or they would fall short, again.

Well, Seattle saw their success go out of the window as they started signing checks for their players. The Legion of Boom is no longer unbeatable. Their offense is not great either, and they have a lot to improve if they want to get back to the postseason.

The Seahawks needs a better production from their QB Russell Wilson. And he needs a better offensive line. And a better running game. Seattle was good in 2016, but not good enough.

When the Atlanta Falcons realized the chance they let slip away, it’s going to hurt them physically. The online bookie software is not giving any respect to the Falcons to get back to the Super Bowl. In reality, they weren’t even the favorites to win their division.

The one thing the Falcons have going their way is they have a super talented team that is so young. They will get a window of two of three years to make another push toward the Lombardi Trophy. QB Matt Ryan realized he could play and beat the best. It’s about finding consistency in the process to get to the playoffs.

Atlanta’s defense is fast and talented. They will improve next season. Their offense is immensely talented. The one thing they need to do this offseason is keeping RB Devonta Freeman, who is set to be a free agent.

Before actually thinking about the Broncos, they need a quarterback to compete. Tony Romo might be a good answer, but he cost plenty of money.  With a good QB under center, they are back in the conversation in the AFC.

The Kansas City Chiefs have a quarterback, but he’s not good enough. The Chiefs don’t have a shot at the Super Bowl with QB Alex Smith under center. It’s simple.

After a horrible 2016, the Panthers need to regroup and start over. Carolina was the best team in 2015, but that seems so long ago.

They need to add some playmakers on the defense, especially in the secondary defense. Carolina looked bad against the pass once they lost CB Josh Norman in free agency.

If the Panthers get back to the basis of running the football along with a good defense, they will be in the playoff picture at the end of the 2017 season.