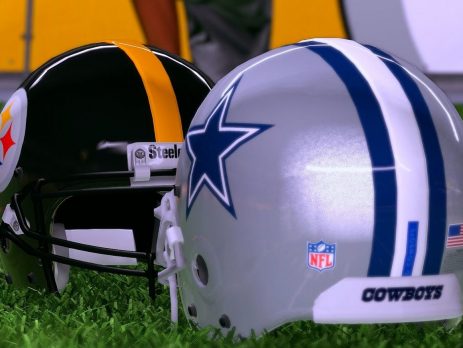 An inter-conference matchup will be the most talked about game of the late afternoon set.  The Pittsburgh Steelers are 2.5-oint favorites in the NFL week 10 betting odds when facing the Dallas Cowboys at Heinz Field.

It shouldn’t be a surprise a home team in favorite. However, it might go as a surprise considering how different both teams have played over the last few weeks.  For

For Dallas, a win will mean they are the cream of the crop in the National Conference. No Cowboys fan would have ever dreamed on betting the Packers and Steelers on the road in the same season.

For Pittsburgh, a win would calm down the criticism. The team hasn’t played to the potential lately, but they have the talent to beat anybody in this league.

Let’s take a look at the Dallas Cowboys at Pittsburgh Steelers NFL Week 10 Odds and Predictions:

If at this point you are not buying the Dallas Cowboys, you are on the wrong side of this discussion. The Cowboys are not only 7-1 straight up this season, but they haven’t lost a bet, yet.  Dallas is 7-0-1 against the spread in 2016.

They have become the NFL’s best bet this season. Knowing the pph sportsbook set the Cowboys as 2.5-point underdogs, grabbing the points has plenty of advantages.

Keep in mind Dallas is 4-0 on the road this season. They beat the Cleveland Browns 35-10 last week in Ohio. It might not sound like much, but it was a statement win for them. When you play a team with such low quality, you expect the favorite to win big.

That’s exactly what the Cowboys did. Yet, their best victory of the season was at Lambeau Field when they stomped the Green Packers with a 30-16 score. If they get the win in Pittsburgh, I think no one would deny they are the best team in the NFC.

The Steelers are a good team when they try to stop the run, but they are not great.  Pittsburgh gives up 99.6 rushing yards per game; only 12 teams in the NFL allow fewer. The problem is they will face the Dallas Cowboys on Sunday.

The rookie Ezekiel Elliot has recorded the most rushing yards this season with 981. He has added seven touchdowns.  Dallas owns the best rushing attack in the league averaging 165.3 rushing yards per game.

The one thing favoring Dallas is precisely their rushing unit. A team that can run the ball consistently travels well, and the sports bookie take it into consideration when they are setting up their online bookie software.

With the Steelers dropping three in a row, it’s hard to find answers lately. They haven’t played well on any side of the ball. But their mistakes are fixable. After all, the talent is in there.

Pittsburgh still is 4-4 straight up and very much in the fight for a postseason spot in the AFC. With the return of QB Ben Roethlisberger to the starting lineup, the team can only get better.

I’m on the side who thinks Roethlisberger was rushed to get back on the field last week against Baltimore. He wasn’t ready. He didn’t look healthy. But that’s his style. He plays through the pain, and he will do it against this week.

Their best matchup will take the field when WR Antonio Browns faces anybody in the Dallas secondary. The Cowboys defense has done a good job. Nevertheless, they haven’t faced a playmaker like Brown all season. If they don’t threat Antonio as the threat he’s, Dallas will be in for a long night on defense.

How to bet the Game Total in the Dallas Cowboys vs Pittsburgh Steelers NFL Week 10 Matchup:

Despite different ways to put points on the boards, but the Cowboys and the Steelers can score in many respects. The problem is the pay per head bookies have put the game totals really high this season, for both teams. The UNDER have appeared in five of Dallas eight games this season. For Pittsburgh, only two of their eight games have gone OVER the total.

For this matchup, the number is at a high 50 points combined. Only the meeting between the Atlanta Falcons and the Philadelphia Eagles has a bigger number at 50.5

The sports betting agents expect the bettors to go the OVER. After all the Cowboys average 27.9 points per game, 4th best mark in the NFL.  The Steelers are slightly behind with 23.0 per game. The thing is with the return of Ben Roethlisberger to the starting lineup; the scoring stat should go up.

With Dallas running the football on a consistent basis and Pittsburgh struggling to get a rhythm on the offensive side, the UNDER looks like a good side. After all, both teams will try to take care of the football to get a major win this Sunday.

NFL Week 10 Odds and Predictions: Dallas +2.5 and the UNDER.