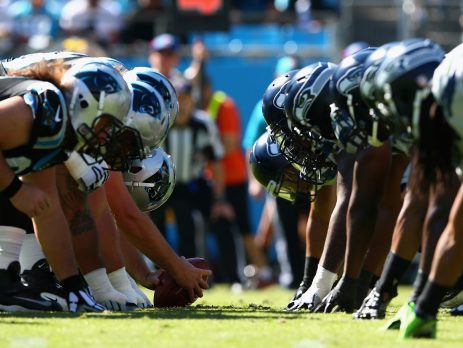 The NFL week 13 will give us a young classic in the NFC. The Carolina Panthers are in a must-win situation if they want to keep their playoffs hopes alive. They are coming off a 35-32 loss to the Raiders in Oakland.

The Panthers looked better regarding effort and commitment despite the loss. But the pay per head bookies are not buying them anymore.

The Seattle Seahawks had an embarrassing showing in the 14-5 loss to the Tampa Bay Buccaneers last week. Their offensive line is problematic, and it showed last Sunday. But also their defense can be caught off guard by the right offensive scheme.

Panthers vs. Seahawks is one of the best game of the weekend. It’s not a surprise the game is set t be played on Primer Time.

These are the Carolina Panthers at Seattle Seahawks NFL Week 13 Odds and Predictions:

The Carolina Panthers are not getting the same respect from the price per head sportsbook as they did last season. They are now 300/1 to win Super Bowl 51. The Super Bowl hangover is in full effect this season. Not only are they 4-7 straight up this season and at the bottom of the NFC South division but they have been a lousy bet with a 3-6-2 against the spread mark.

With that said, the Panthers now they have dominated the Seahawks in their last two meetings. Not only Carolina won in Seattle in 2015, but in 2016 they played the best game of the season against them. The Panthers won 24-31 in a postseason game which saw Seattle got run over in the first half of the game.

The bookie business knows the Panthers are a mess this season. Particularly on the defensive side. Carolina has lost two of the last three. The pay per head services also know the Seahawks will be eager to bounce back offensively after only scoring five points last week. Both are reasons why Seattle is a touchdown favorite.

Carolina needs to go back to the basics of their success. The Panthers need to run the football. Since RB Jonathan Stewart came back from injury, the team has done a better job pounding the rock. Last week Stewart recorded 96 yards on 17 carries. He also scored two touchdowns.

Seattle is a decent defensive team. They allow 100.2 rushing yards per game, which is 15th best in the NFL. If Carolina wants to run the football they might find ways to do it successfully. After all, it’s about commitment to this plan.

The Seahawks are a chameleon type of team. A good challenge like the New England Patriots will get the best of them. A regular opponent like the Tampa Bay Buccaneers will allow us to see an uninspired performance.

As I mentioned, the online bookie software made a touchdown favorite because they are expected to bounce back. Nothing good happened to them last week in Tampa Bay. They scored only five points. QB Russell Wilson threw a couple of interceptions without touchdowns. And Bucs WR Mike Evans dominated the entire Seahawks secondary. CB Richard Sherman in particular.

Seattle owns a 7-3-1 straight up record and 5-5-1 against the spread this season. They are second in the NFC, only behind the Dallas Cowboys. Certainly, the Seahawks need a win to keep possible bye week scenario in the playoffs. Expect QB Russell Wilson to have a great night against the Panthers secondary.

Before the game against Tampa Bay, Wilson had thrown six touchdowns and zero interceptions in the previous three games. The price per head sportsbooks were adjusting the line to Wilson’s top form.

Carolina has the 27th passing defense in the NFL.  They give 275.0 passing yards per game. And the 21 touchdowns allowed via pass this season are the 7th worst number in the league.

Keep in mind, despite the two recent losses in the series; Seattle has dominated the meetings against Carolina. Seattle is 5-2 SU in its last seven games when playing Carolina and 4-1 when those games are at the CenturyLink Field.

How to bet the Game Total in the Carolina Panthers vs Seattle Seahawks NFL Week 13 Matchup:

The last two games in the series, both won by the Panthers, ended OVER the game total. The Panthers scored 31 unanswered points the last time they met; all in the first half. The Seahawks responded with 24 in a row. A little more time on the clock and we would have had a tied game.

The bookie websites made the game total for this game a whopping 44 points. There are two young quarterbacks that can put big numbers any given Sunday. The Panthers defense has struggled all season. And the Seahawks defense can show both the good and the bad in one week apart. It smells like the OVER is in the air.

The OVER has appeared in 13 of the Panthers last 19 games after allowing less than 90 yards rushing in their previous game, in 7 of their last nine games following a straight up loss, in of their last 24 vs. NFC and in 9 of their last ten games as a road underdog.

Carolina Panthers at Seattle Seahawks NFL Week 13 Predictions: Take the Panthers +7 and the OVER.