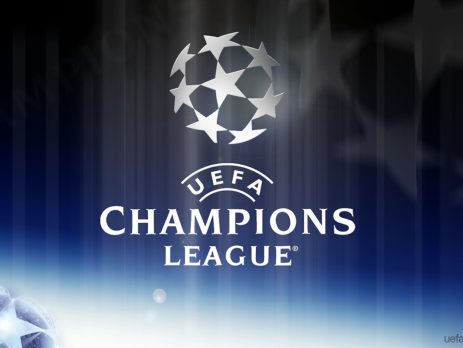 The month of February is considered Saint Valentine’s month for many. But for the sports betting agents, it is the time the UEFA Champions League returns after two months of stoppage. The UCL will enter the knockout stage from now on. Teams will clash home and away looking to advance while the losers get eliminated from early the title of best team in Europe.

This Tuesday, February 14, we get a set of great games. FC Barcelona will travel to France to clash against Paris Saint-Germain once again. Barca has gotten the best of PSG in the past. They will try to keep the trend going in this first leg.

Borussia Dortmund shocked Real Madrid and took away the number one seed in the group stage. That earned them the right to have a favorable matchup against Benfica. This will be the third time Germans and Portuguese clash in European competition. Keep in mind the second leg for both matchups will be on March 8.

These are the Champions League picks for this Tuesday:

It seems like Barcelona and PSG can’t avoid each other lately. They will meet for the fourth time in the last five seasons looking for a spot in the quarterfinals. Despite the French made a huge investment to be on top of the European soccer, they haven’t been at that level, yet. Once again, they start as underdogs when facing Barcelona in the pph sportsbooks.

Barcelona beat PSG during the quarterfinals of the 2013 and the 2015 season. In fact, the Catalans have won the last three games in the series, scoring eight goals in those three matches while allowing just two.

Barca won group C this season, earning 15 of the 18 points disputed, with five wins and one loss in six games. They scored 20 goals and gave up just four in the group stage. In fact, the 20 goals scored were the second most of the 32 teams in the Champions League. And only five teams allowed fewer goals than Barcelona during the first six games of the season.

The price per head sportsbooks know Barcelona hasn’t loss over the last 11 games in all competition. The last team able to beat them was Athletic Bilbao (2-1) during the Copa del Rey fixture; early in January. Since then, they have won eight games and drew three.

During the weekend they had no mercy against Alaves in the Spanish La Liga. A 6-0 victory on the road kept Barcelona in the second place of the league standings. They have 48 points in 22 games. Real Madrid has one more point but owns the calendar two games.

Paris Saint-Germain has been disappointing in the knockout stage since they put together their super team a few years ago. They lost striker Zlatan Ibrahimovic during the summer transfer and had to rebuild as a club. An early meeting against FC Barcelona will tell if this generation is ready to make the jump as a top club in Europe.

PSG ended in the second place of group A, falling behind Arsenal. The French won three games and drew another three. They are one of the six games which are still unbeaten in this competition. They will enter this knockout stage with 13 goals scored and an unimpressive mark of seven goals allowed.

The Ligue 1 form can’t be taken as a good measurement, but they have struggled to be the best team in the domestic league this season. PSG is in second place after 25 games, earning 55 points but still chasing Monaco, who leads the league with 58.

Paris Saint-Germain hasn’t lost one game all season, in any competition. But they haven’t met an opponent like Barcelona. The Catalans will apply the most pressure the French have felt this season.  If PSG wants to have a shot at advancing, they need to win at home, but all numbers say it’s unlikely to happen.

Since getting to the Champions League final in 2013, every Borussia Dortmund has been a rollercoaster. Two years ago they were fighting to stay in the Bundesliga. Just a year ago the coughed a huge lead over Liverpool in the Europa League quarterfinals and got an unexpected early elimination from the tournament.

They enter their Round of 16’s matchup against Benfica as favorites in the bookie business. And to be fair, the Germans play a style of soccer that’s not easy to stop. They are an offensive team mostly on any ground. In fact, when they turn and become a defensive unit is when they get in trouble.

Borussia Dortmund won group F with 14 points, leaving the Champions, Real Madrid in second place with 12. The Germans won four games and drew two. They scored 21 goals, which is the best mark in the tournament so far. They also allowed nine, which is not a surprise considering the pace they play on every game.

Their Bundesliga form is not impressive, however. They need to put together an excellent set of games to be back in the top spots. Dortmund is currently at fourth place with 34 points after 20 games. They have scored 40 goals but have allowed 23. While they remain in the Champions League spots, a few losses could drop them out.

Benfica, on the other side, barely made it to this stage. They ended as the second place in group B, after recording eight points due to two wins, two draws, and two losses. They scored ten goals and allowed the same amount during six games in the group stage.

The Portuguese need to apply pressure to the Germans if they to have a shot at this fixture. Playing at the Estadio da Luz is their biggest chance to cause an upset in the pay per head services.  Although they weren’t impressive playing at home during the group stage. Benfica won only one game of the three, and it was an unimpressive result of 1-0 against Dynamo Kiev. They lost to Napoli (1-2) and drew against Besiktas (1-1).

Any performance like those won’t be enough to beat the Germans. Borussia Dortmund is one of the fastest and most aggressive teams in the competition. Benfica might be overwhelmed by the style of soccer they will find when meeting Dortmund this Tuesday.