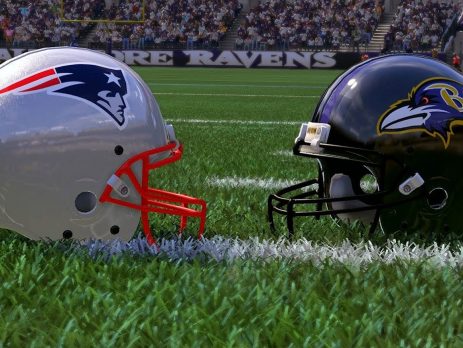 How to explain a rivalry between two teams that are not in the same division? The Baltimore Ravens and the New England Patriots have played so many battles over the years; this game feels like a classic.

On Monday Night both teams could use a win for different reasons. The Patriots to clinch a playoffs spot and the Ravens to stay on top of their division. The pph sportsbook made New England 7-point favorites in the NFL odds. It’s hard to argue the Pats as the favorites at home, but a touchdown seems like a lot.

These are the Baltimore Ravens at New England Patriots MNF Betting Odds and Predictions:

Let’s get one thing clear. The Baltimore Ravens are not afraid of the Patriots. They respect them, but they are not afraid. Baltimore has gone to New England several times and came up with the win. On Monday Night Football they will have a chance to do it again. I must say it. I’m a little surprised the Ravens are a touchdown underdogs this week, according to the price per head sportsbooks.

"We have to go up into a hostile place in New England that we really enjoy playing [at]," quarterback Joe Flacco said this week. "It’s going to be another important game in December up there on a Monday night, and it’s going to be a lot of fun. I’m looking forward to it, big time."

Baltimore is 7-5 straight up this season and 6-6 against the spread. Their record is good enough to lead the AFC North division, but not comfortably. They still face the Pittsburgh Steelers later in the season to define who wins the division. But a win in New England would go a long way.

The Ravens will win this game because of their defense. They need their defensive unit to have one of the best games of the season. Baltimore has the best total defense in the NFL.  They will be sitting close in the first ten yards on each play. They know New England can’t go deep without TE Rob Gronkowski in the lineup. Their game plan will be to undercut the short routes while harassing QB Tom Brady on every play.

Unlike the Ravens, the Patriots are in full control of their division. They have a 10-2 record, which is tied for best in the AFC with the Oakland Raiders, entering the NFL week 14. New England is the ultimate favorite to win the AFC Championship; you can ask any sports betting agent.

Yes, New England lost TE Rob Gronkowski for the reminder of the season, but that’s OK. No team in the NFL adjust as good as the Patriots. One can say it is good luck to have signed TE Martellus Bennett in the offseason, but with the Pats it is not about luck.

QB Tom Brady has been outstanding this season. He has thrown 2470 yards and 19 touchdowns since he returned to action in the NFL week 5. However, his most impressive stat is the fact that he has turned the ball over just once this season.

Here’s where it gets interesting. As I mentioned, the Ravens have the best total defense in the NFL. Tom Brady has a 6-0 record against number one defenses in his career. He has thrown 12 touchdowns and just three interceptions in those games.

How to bet the Game Total in the Baltimore Ravens at New England Patriots NFL Week 14 Matchup:

The online bookie software set the game total at 45.5 points. The theme of this matchup is a great Patriots offense against a great Ravens defense. Someone has to give.  New England offense is 5th best passing the football and 6th best running it. It’s an understatement to say they have several tools to move the ball with consistency. They score 26.4 points per game, which is the 6th best number in the NFL.

At this point, we know the Ravens are the best defense in the league. They allow 17.3 points per game; the second-best number amongst the 32 teams in the NFL.  Both the Patriots and the Ravens have four OVERs, seven UNDERs, and one push this season.

New England will win this game, but it will be closer than expected.

Baltimore Ravens at New England Patriots MNF Betting Odds and Predictions: Ravens +7.5 and the UNDER.