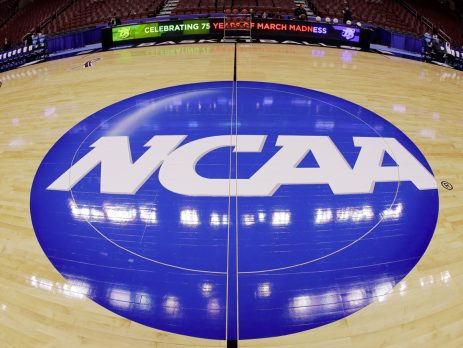 The Wolverines and the Ducks will open the Sweet 16 round, and their meeting is one of the best in the tournament. The pph sportsbooks made Michigan the favorites although they have a higher seed than Oregon. The reason is perhaps there isn’t a hotter team in the country than the Wolverines.

Dating the regular season, Michigan has won seven games in a row, including a Big Ten Championship title and their two first round victories during this March Madness run. They took down Oklahoma State in the first round with a 92-91 score and followed by beating Louisville 73-69 in the second round. Both wins describe a team who has been proven despite the fact that we are only in the first two weeks of the tournament.

Oregon is the complete opposite. They have beneficiated from a weak schedule by facing Iona and Rhode Island in the first two games. Their second round meeting against the Rams needed a heroic effort by sophomore Tyler Dorsey, who scored 27 points, including a clutch three-pointer in the dying seconds of the game. The sports betting agents are not buying in on what the Ducks have shown during the tournament.

The meeting between West Virginia and Gonzaga will tell us if the Bulldogs are as good as their record say they are. Gonzaga beat San Diego State and Northwestern in the first two rounds of the tournament. More than being impressive, it was obligated wins by the Bulldogs. Their first real challenge is the Mountaineers. The online bookie software only made them 3-point favorites in the March Madness betting odds.

Gonzaga is a big team. They have height and strength inside the paint, and that complicates things for any opponent, but they are not shooting as well as they want. The Bulldogs is averaging 41.8 % from the field (101st) in the tournament and 26.1% from three points (112th). They either improve the quality of their shots or things could get ugly against West Virginia.

The Mountaineers didn’t find a challenge in their second round meeting against Notre Dame. Their 83-71 victory proved they could bust brackets without any issues. Junior guard Jevon Carter led the way with 24 points against the Irish. West Virginia is shooting 47.5% from the field (49th) which is good. But their 52.0% from beyond the arc (6th) is what really makes them dangerous.

To underestimate Purdue will be a huge mistake, but Kansas is feeling as confidence as ever after dominating their first two games of the 2017 March Madness. The Jayhawks jump as 5-point favorites in the price per head sportsbooks for this game. They have won their first two meeting by a combined 58 points. The victims were UC Davis and Michigan State.

Kansas’s loss to TCU in the Big 12 tournament helped the team find their edge at a perfect timing. They have been focused and on point in the two weeks of the MM tournament. One of the keys has been their free throw percentage. Kansas is 31-of-35 (88.6 percent) from the free-throw line in the NCAA Tournament, the best among Sweet 16 teams.

Purdue is a complicated rival. They recently eliminated a Big 12 team in Iowa State. Their 80-76 victory over the Cyclones was an upset by all means. Many were expecting Kansas to clash Iowa State for the third time this season. The bookie gambling business was hoping to get large action bets on that potential matchup.

Arizona is the biggest favorite of the Sweet 16 round as they face Xavier. The reason the pay per head services made the Wildcats favorites is the Musketeers have been too inconsistent this season.

Xavier can be the team that upset Maryland and Florida State during their current March Madness run or they can be the team which lost six in a row between February and March. Either way, it’s hard to trust them on a consistent basis.

Arizona is more consistent and therefore the favorites in the eyes of the pay per head bookies. They have won six in a row, including a Pac-12 title where they took down big teams like UCLA and Oregon. They also handled North Dakota and Saint Mary’s to get to this point.

Arizona should win and advance. The problem is the spread is too big to swallow the points at this stage of the tournament.