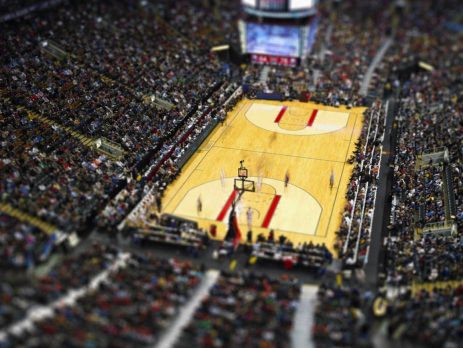 The last weekend before the Championship week will have interesting matchups to close out the regular season in College Basketball. It’s the last few opportunities to grab steady basketball bets before the craziness of March Madness hits the stage.

Pittsburgh and Virginia will start Saturday’s lineup. The Cavaliers are coming off an impressive win against North Carolina. They are favorites to win this one.

Kentucky has found their best basketball in the last couple of weeks. Can Texas A&M be a challenge for the Wildcats?

Louisville has a bone to pick against Notre Dame. The Irish won the first meeting, but things should change now with the Cardinals at home.

Kansas and Oklahoma State should put together a high-scoring game. The Jayhawks are the favorites, but the Cowboys have enough talent to make this game a close hone. The last game of the Saturday slot is a classic between North Carolina and Duke.

These are the College Basketball Weekend ATS Predictions:

The Virginia has returned to basics. They are playing defense against, allowing 55.3 points per game this season; that’s the best defensive number in the nation. The Cavaliers recently beat North Carolina 53-43, making the price per head sportsbooks backup the wrong team. The Tar Heels average 85.0 points per game, but Virginia held them to just 43. That’s some impressive defensive effort.

Pittsburgh has lost three in a row, including a 61-52 defeat to Georgia Tech. The Panthers are not going to the tournament, but they will have a right end of the season if they take down Virginia.

The problem is the NCAAB betting trends say the Cavaliers have won four of the last five games against the Panthers. Virginia has been a good bet this season, posting a 17-11 against the spread record this year.

The Kentucky Wildcats are the best team in the SEC and they proved it by beating Florida last weekend. The sports betting agents took a hit as the Wildcats covered the spread as favorites.

Kentucky averages 87.3 points per game, the fifth best mark in the country. They have won seven games in a row and another win will close down a great regular season.  The Wildcats are putting down their best performances right before the conference tournaments and March Madness.

The Aggies have won three of the last four games, including wins over Alabama and Missouri. However, the Tigers and the Tide are not impressive competition.

Over the last seven games between Kentucky and Texas A&M, the Wildcats have won five of those. And their last four in a row have ended OVER the game total.

One of the best games of the weekend will have Notre Dame and Louisville clashing in the ACC. The Irish now they can compete with big competition but they need to show the sports bookies they can do it.

Notre Dame already beat Louisville 77-70 this season. At this point in the season, it’s about grabbing the points when the teams are so even.

Kansas has dominated the Big 12 for a long time and that didn’t chance in 2017. The Jayhawks will close the regular season against the Cowboys seeking their 8th win in a row.  They have beaten the TCU Horned Frogs, the Texas Longhorns and the Oklahoma Sooners in the last three games, but they also covered the spread in those meetings.

Oklahoma State lost 86-83 to Iowa State in their last outing. They had a five-game winning streak before that loss. Kansas has won six of the ten games against Cowboys, but Oklahoma State has covered the spread three of the last four meetings against the Jayhawks.

Both teams can score, but in crunch time Kansas just hast more talent to attack the basket.  The Cowboys will give it a good challenge but the win should be for the Jayhawks. Even so, grab Oklahoma State with the points.

North Carolina has the best record in the ACC, but they were hammered by Duke in the first meeting of the season. The Blue Devils 86-78 won early this year was a slap in the face for the Tar Heels.

In the last game of the regular season, North Carolina needs this win to remind everybody they are title contenders once the tournament starts. They recently lost to Virginia 53-43 in one of the worst offensive performance of the season. The 43-points scored were the lowest total of the season disappointing the pay per head bookies against the Cavs.

“Tonight I don’t think it was as much what we did wrong as much as how good their defense was,” Roy Williams said about his team performance against Virginia.

Duke can take advantage of the offensive struggles of NC. The Blue Devils have won seven of the last ten games against the Tar Heels.  Duke has covered the spread in three of the last four games in the series against North Carolina.