Bet on Basketball: Odds to win the 2016-17 NBA Championship 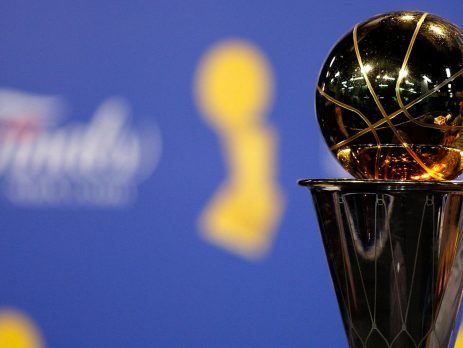 Bet on Basketball: Odds to win the 2016-17 NBA Championship

Have you ever play NBA2K on career mode and set the roster on random mode? Well, that’s exactly what happened in the NBA free agency this season. Pay Per Head Bookies fans will have a hard time getting used to these moves.

Kevin Durant is now with the Golden State Warriors. Dwayne Wayne moved to Chicago to play with the Bulls. Derrick Rose is a New York Knick.  And Paul Gasol will dress as a San Antonio Spur. It doesn’t feel right, but it is what the league brings this season. Those roster moves will shake up both Conferences.

It will make it hard to bet on basketball because the chemistry will need work. But it might end up being fun.

Those two teams are assembled to clash in the NBA Finals for the third time in a row. These are the Odds to win the 2016-17 NBA Championship:

The Golden State Warriors know they screwed up last season. Up 3-1 in the finals, and they failed to close it out. The next three games were bizarre losses and the chance to repeat slipped away.

Steph Curry and the gang will have a lot to prove. They were manhandled by the Cleveland Cavaliers in the last three games of the 2016 NBA Finals. They were pushed-around and lost the respect of the league.

The 73 wins in the regular season are a thing of the past. Lost in the memory are the great games they had when they look unstoppable. In the present, there is a great chance for redemption.

Their unique style makes them the top team to beat. The addition of Kevin Durant makes them the greatest show on a basketball court this season. Golden State averaged 114.9 points per game last year, best in the NBA. Somehow that number will get blown out this season.

Head coach Steve Kerr has put in place a sharing the ball system that is close to unstoppable.  The ball movement would ensure Curry to keep hitting three-pointers from everywhere. It will also give Durant the luxury to take uncontested shots.

This NBA title is the Warriors to lose. Plain and simple.

The Cleveland Cavaliers need to feel grateful they were able to steal the finals last season. Their journey in the 2016-17 season will be just as comfortable in the Eastern Conference. Not so much once they get to the NBA Finals.

Cleveland didn’t outplay Golden State last season. They outmuscled them. They play with higher intensity and put more attention to detail.  They played without fear and backed it up with effort.  The loose balls went their way. Cleveland won every category that didn’t need talent, but it took effort.

Lebron James is no longer in his prime, but he still runs this league. James is a defensive power who can chance the momentum of a game with his defensive skills.  He is strong and hard to deal with.  His defensive skills keep him as one of the best in the NBA.  His shooting ranged has regressed, but Cleveland has other players with abilities to take over the offense.

Kyrie Irving especially will take another step towards becoming one of the best point guards/players in the NBA.

In a perfect world, Tim Duncan would have never retired. But no one beats father time. It would be hard to see the Spurs without Duncan, but that’s what the 2016-17 season brings for San Antonio.  Duncan was no longer an impactful player on this team. Last year it was clear the Spurs were LaMarcus Aldridge’s team. This year that thought will be reinforced.

To help Aldridge, the Spurs brought Pau Gasol.  The Spanish center has already won the NBA title twice in his career. Gasol is a veteran which should be a great fit for the Spurs.  He’s a great passer. He can score and rebound.  Yes, he’s on the wrong side of his career. But there isn’t anybody better than coach Greg Popovich to take out the best of the veteran players.

The San Antonio Spurs ceiling will come when they play the Warriors. Popovich will have a hard time dealing with a three-pointer team that barely misses. San Antonio ended up losing 3-1 to Golden State in the regular season. The main issue appeared when they couldn’t keep up offensively.  When the Spurs scored a two-point bucket, the Warriors responded with 3’s.

The Boston Celtics allured Kevin Durant in the free agency, but it wasn’t enough. Their project is exciting; I give them that. But they are missing a star player that can make the difference in crunch time.

The Clippers’ momentum seems to be over. Three years ago they put together a good team to challenge the San Antonio Spurs. But they never realized the Golden State Warriors would surpass them, becoming the team to beat.

Los Angeles Clippers will win many games. As long as Chris Paul and Blake Griffin stay healthy, they will be fun to watch. But they won’t win. The Clippers have the same issue as always; they are not deep enough.

The first team can go toe-to-toe with the Warriors and any other team in the league.  Their bench usually struggles in big games.

They haven’t fixed it, and it will prevent them from going into a deep run the playoffs. At 35/1, the Clippers basketball betting odds according to pay per head sportsbook software are interesting despite their flaws.

LeBron James and Kyrie Irving might not be best friends right now, but there wasn’t any drama when they…