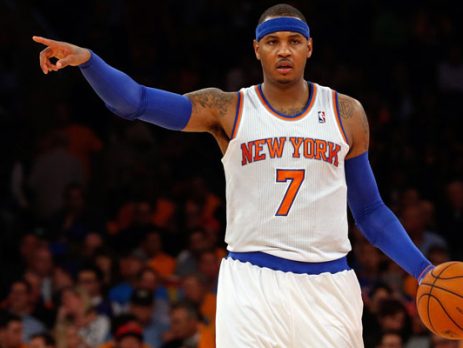 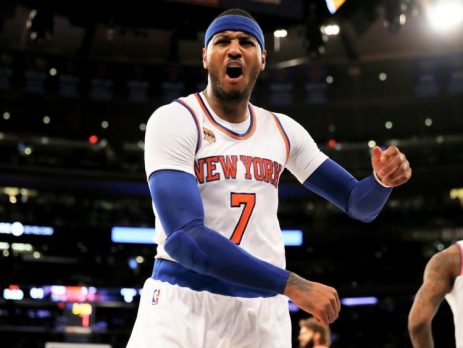 It’s no secret that the relationship between the Knicks and Anthony has soured significantly over the last year, in part because of former team president Phil Jackson and his attempts to coax him into waiving his no-trade clause. Now, it seems, the Rockets appear motivated to get a deal done to take the 10-time All-Star off New York’s hands.

Although no agreement to ship Anthony to Houston is imminent, talks of his departure and potential trade to Houston has been picking up steam as of late.
According to Ian Begley of ESPN, Anthony would be willing to waive his no-trade clause to join the Rockets team that now features Chris Paul and James Harden. And the feeling around Anthony’s camp is that a deal could happen soon.

On the Anthony front, the Knicks and Anthony feel good about the possibility of completing a deal that sends him out of New York, according to sources. The Knicks and Rockets have talked about an Anthony trade recently, with Wojnarowski reporting that “the Rockets have been persistent in their pursuit of Anthony, who is willing to waive his no-trade clause to join Paul and James Harden in Houston and the Knicks do not imagine a scenario where Hardaway is sharing the floor with Anthony to start the season.

Although a trade to send Anthony to Houston would likely involve at least three teams because of the complex nature of a potential deal, it appears both sides are highly motivated to strike a deal.

Online bookie software will keep you updated on the news!

LeBron James and Kyrie Irving might not be best friends right now, but there wasn’t any drama when they…

There are not great games on Prime Time this week in the NBA, but there are always opportunities to…