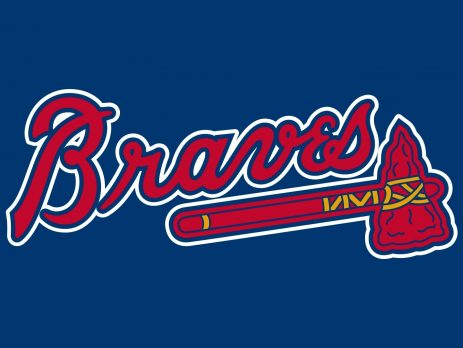 Today’s the big day. Will the Braves make moves today, or will they watch as trade fireworks go off around the rest of the league?

Despite the fact that R.A. Dickey once again confounded the Phillies lineup (just like he did back in June), the Braves were unable to give Dickey ample run support to go with a great effort from Dickey. Therefore, the knuckleballer’s seven innings pitched with zero earned runs and eight strikeouts ended up going in vain, as the Phillies were able to win the game 2-1. The Braves now have to win today in order to avoid what would be an ignominious four-game sweep at the hands of the team with baseball’s worst record.

Today marks the trade deadline in baseball, and the Braves are still in the conversation for the top starting pitcher on the market: Sonny Gray. However, Atlanta has been described as a “longshot” when it comes to acquiring the Oakland pitcher, so if you’re expecting the Braves to make a move for Gray then you may be a bit disappointed by the end of the day.

Johnson is no longer the closer

Back on Saturday after Jim Johnson gave up a ninth-inning homer that eventually led to a Phillies victory in extra innings, Brian Snitker seemed reluctant to say that Johnson’s status as the team’s closer was under threat. Well, things must have changed pretty quickly, because Johnson came in to Sunday’s game in the eighth inning and Snitker told Michael Cunningham of the AJC that Johnson would be taking on a “reduced role.”

…Snitker said he was holding back right-hander Arodys Vizcaino for a possible save situation.

…But Snitker said the next time the Braves need a save it won’t necessarily be Johnson taking the mound.

“Probably mix and match maybe and see where we are at in the (opposing) lineups and things like that, and give some (other) guys a chance,” Snitker said.

John Schuerholz goes into the Baseball Hall of Fame

While the Braves were playing the Phillies, yet another instrumental cog to the machine that was the Braves’ divisional dynasty of the 1990s and early 2000s took his place among the greats in Cooperstown. John Schuerholz was formally inducted into the Baseball Hall of Fame on Sunday. Schuerholz went in with Bud Selig as “Today’s Game Era” inductees, while Jeff Bagwell, Tim Raines, and Ivan Rodriguez joined the pantheon of players in the Hall of Fame.

Beltre collects his 3,000th career hit
Speaking of the Hall of Fame, it’s clear that Adrian Beltre will be sauntering into the Hall of Fame once he’s done playing. He picked up his 300th career hit on Sunday afternoon, and it capped off a banner week that included getting ejected for outsmarting an umpire. Anyways, he’s now the 31st player to get 3,000 hits, and it’s just another milestone in what’s been a stellar career.

Colorado picks up Lucroy via trade

While Adrian Beltre was busy doing stuff on the field for the Rangers, their front office was busy making moves off of the field. The Rangers sent Jonathan Lucroy to the Colorado Rockies in exchange for a player to be named later. Colorado will also be taking on Lucroy’s salary for the rest of the season, and the obvious hope here is that Lucroy can find a way to turn around what’s been a horrible season for him and help the Rockies make a push during the latter stages of the season.