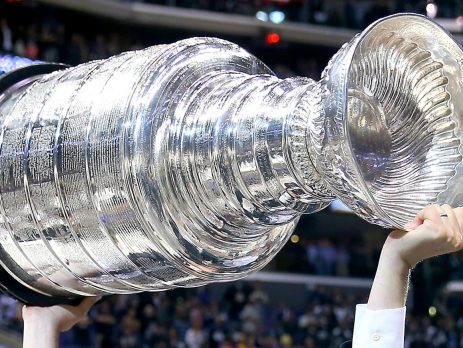 The Pittsburgh Penguins were not amongst the early favorites to win the Stanley Cup last season, but they reminded us a talented team shouldn’t be overlooked. The 2016-17 NHL season will give us plenty of action.

But to become a bookmaker, you need to evaluate all the possibilities that will lead to a championship team. It’s about the talent, the experience, the coaching and the health.

With all that in mind, take a look at the NHL Betting Odds to win the 2017 Stanley Cup:

The Chicago Blackhawks jump out as the team to beat once again in the NHL. With recent wins in 2010, 2013 and 2015, the NHL betting odds remind us this might be their year once again.

Unlike other franchises, Chicago doesn’t allow the salary-cap to bother them.  They are the cream of the crop when it’s about handling contracts, cuts, and new additions.

They allowed Andrew Shaw and Teuvo Teravainen to walk out. Both moves are going to reveal us if the General Manager, Stan Bowman, stills has it.

Their last season loss in the first round of the playoffs against the St. Louis Blues still hunts them.  However, Chicago knows their talented core led by Jonathan Toews, Patrick Kane, Duncan Keith, Brent Seabrook and Corey Crawford still can make another run at the title.

Chicago’s most attractive addition is the veteran unrestricted free agent Brian Campbell. He’s a 37-year old defender that will give more depth line that was in need of help last season.

They also got KHL free-agent Michal Kempny, who played for the Czech Republic in the World Cup of Hockey. He’s only 26 with vastly international experience.

Nevertheless, the success or not of the Chicago Blackhawk will remain on the shoulder of goalie Corey Crawford.  He’s coming off arguably his best NHL season, plus a World Cup appearance. Crawford played 58 games last season, winning 35 of them.  He allowed 131 goals for a 2.37 goals-per-game average. His 1718 saves the most in his career.

Tampa Bay Lightning can say they won the free agency just by keeping unrestricted free agent Steven Stamkos on the side. He agreed to an eight-year deal worth $8.5 million annually. And despite the fact that he could have gotten a lot more in the free agency, he knows he has a real shot at the Stanley Cup in Tampa Bay.

The Tampa Bay Lightning signed backup goalie Andrei Vasilevskiy, 22, to a three-year contract extension worth $3.5 million per season last July. He’s especially important considering how unpredictable the health of goalie Ben Bishop has been over the last few years.

Bishop will be an unrestricted free agent at the end of the season. But the team expects him to take advantage of the upcoming season to improve his value. Bishop suffered a leg injury during the Eastern Conference finals last season. Vasilevskiy proved he could handle the challenge.

The sports betting agents will set up lines knowing the Lightning two great goalies for every game.

Back to Steven Stamkos for a moment.  He will be the reason Tampa Bay wins the Eastern Conference or not.

Stamkos had 36 goals and 28 assists for 64 points in 77 games during the regular season in 2015-16. He was crucial in the World Cup of Hockey to Canada.  He’s the playmaker every franchise in the NHL wants to have at their disposal. They have unfinished business from losing in the Stanley Cup finals in 2015.

Unlike last season, the pay per head sportsbook is already taking the Pittsburgh Penguins seriously. The pph sportsbook had the Pens with great odds last season and ended up paying the price.  They won’t make the same mistake again.

To be fair, the season for the Penguins was a surprise. Sidney Crosby started last season cold.  The team fired their coach and brought Mike Sullivan. And in the goal was a rookie goalie who had spent most of his time in the American Hockey League.

How could have predicted a Championship run?

Crosby ended third with 85 points in the season. And once again he showed us why he’s the best player in the NHL, dominating the postseason. Here’s the problem for Pittsburgh: No team has won back-to-back championships since the Detroit Red Wings did it in 1997 and 1998.

The 22-yeard old Matt Murray will try to repeat his fantastic season from last year. He will be on the IR from the start, but veteran Marc-Andre Fleury will have to step aside once he gets back.

Keep an eye on Defenseman Justin Schultz, who comes from the Edmonton Oilers but also on Trevor Daley. He arrived midseason last season but missed most of the playoffs with a broken leg.

Sidney Crosby will start the season with health problems, but that shouldn’t last long. Crosby is concussion prone, and the Penguins will be alert. Once he gets clear, look out NHL.

Remember, this team won the Presidents’ Trophy by an 11-point margin over the Western Conference first-place Dallas Stars. But they said good bye in the second round against the Penguins.

When you have the defending Vezina Trophy winner Braden Holtby and perennial goal-scoring champ Alex Ovechkin, the expectation should be sky high.  Unfortunately for Washington, most people are expecting them to fail.

For the 2016-17 season there haven’t been great changes in the roster. The team found more deep when they third-line center Lars Eller in the offseason.

Eller arrived at the capital from the Montreal Canadian and with a low price.

Washington has the tools and the talented roster to win the Metropolitan division. Their determination to go further is yet to be seen. They have earned the skepticism.

The NHL first round playoffs start this Wednesday. Eight series in the first round suggest there will be plenty…